Photographer Todd Dominey describes the process of acquiring a permit to photograph “The Wave” in northern Arizona as akin to winning a Willy Wonka golden ticket. Hundreds of thousands of people try a year, and only a couple thousand succeed.

The Wave is a natural rock formation that exists near the town of Kanab on the border of Utah and Arizona. It is particularly sensitive to human activity, so the Bureau of Land Management limits the number of people who are allowed to make the hike to visit it daily to just 20 people. Ten of those people are selected from the online lottery method which in 2018 saw over 160,000 people attempt to win. The odds of getting a permit via that method are, obviously, extremely slim.

The other ten permits, however, are limited to those who go to the in-person lottery that takes place in the Visitor Center at the Grand Staircase-Escalante National Monument. A drawing takes place every morning for the opportunity to make the 7-mile round trip hike the following day. As you can imagine, the odds are significantly better if you try and get a permit in person, as you may only be competing with tens of other people as opposed to thousands.

Still, you have to get lucky. Dominey described meeting a man from Japan there who had tried to win the lottery process every day for four straight months without success despite those increased odds. He seemed to be willing to stay locally for as long as it would take to get the opportunity. 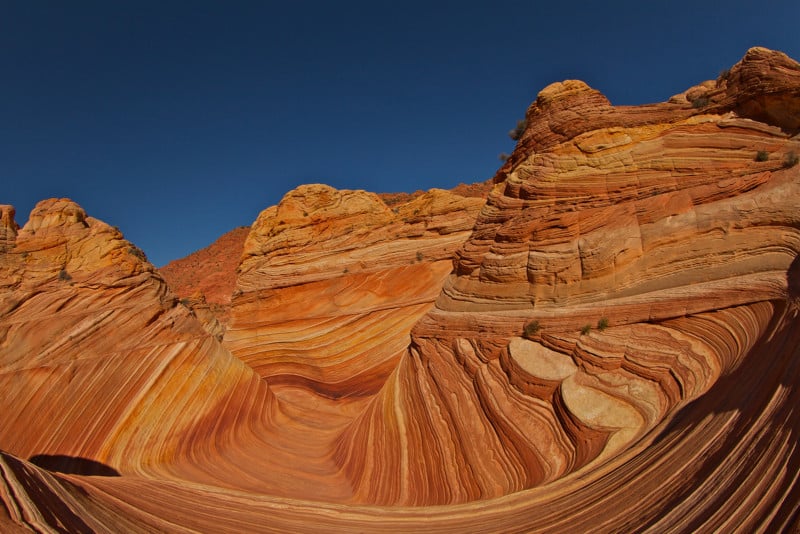 People can enter the lottery either as individuals or as a group, but the odds for both are the same. If you register as a group, you are only granted a single lottery entry, the same as if you were going it alone. However, if a group wins, all members of the group are admitted and they count against the total number of 10 that are allowed to visit The Wave the following day.

Dominey entered the lottery for three days in a row before getting lucky and getting the opportunity to see The Wave on the last day he was staying in the area.

Despite all the trouble, Dominey says it was worth it, and it remains one of his favorite places he has ever visited. 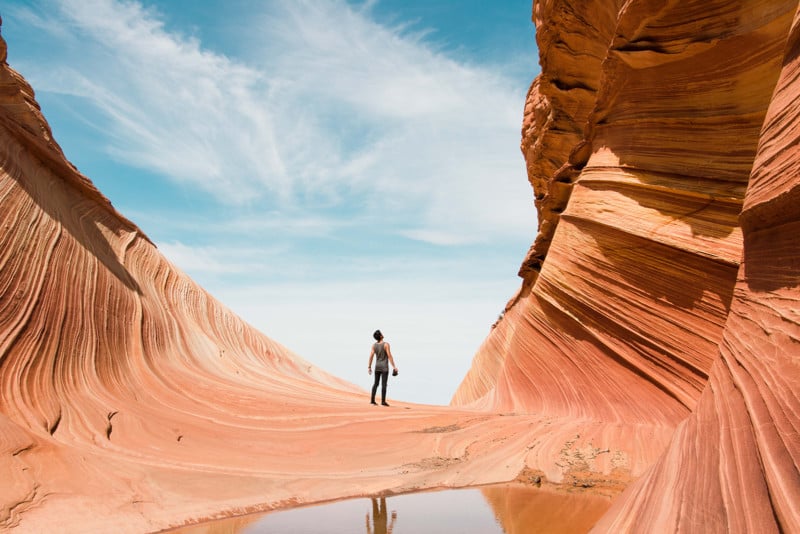 If you’re thinking of trying to see The Wave without a ticket since the location is in the middle of nowhere and you could theoretically risk it, it’s probably not a good idea. Dominey says that he actually ran into a Bureau of Land Management enforcer on the trail who was checking for permits. According to the enforcer, if he finds someone without a permit he will issue a ticket with a fine for $5,000.

You can learn more about The Wave here, and check out other videos from Dominey on his YouTube channel.