As part of a larger announcement at its Mi Developer Conference in Beijing, Xiaomi announced a retractable wide-aperture lens technology that it says will improve its cameras’ light-gathering ability by 300%.

Xiaomi says that it drew inspiration for its latest self-developed Retractable Wide-Aperture Lens Technology from traditional camera designs. The structure is designed to completely lodge itself within a smartphone and extend out as needed. The retractable telescopic nature of the camera will have a larger aperture which would increase the light-gathering input ability by the aforementioned 300%. The company says that the technology will also showcase better performance for portrait and night photography compared to currently-available smartphone camera systems.

In addition to physically bringing in more light, the retractable lens also integrates a new Xiaomi image stabilization technology that the company says offers a larger anti-shake angle, which it says makes images more stable and therefore increases the sharpness of images by up to 20%.

The company stated that it plans to implement the new technology into its forthcoming smartphone designs with the goal of bringing “professional photography to hundreds of millions of smartphone users around the world.” 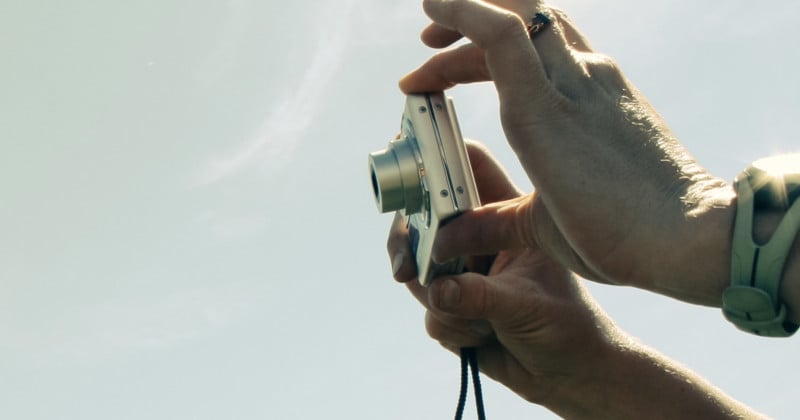 Telescoping lens designs as part of fixed-lens cameras are probably most well known for their use in point-and-shoots, a segment of the camera industry that has seen a huge decline in its relevance since the onset of smartphone photography. Differently than Xiaomi’s design though, these cameras typically used the telescoping design as a way to increase zoom, not affect the camera’s light-gathering ability. Xiaomi is taking that telescoping idea from point-and-shoots to tackle the problem of increasingly bulky camera module designs in a way that would reduce that bulk outside of when photos were being taken, yet still increase the image-capturing capability of the camera.

Since most consumers would likely prefer their smartphones to remain compact and pocketable, different design ideas that attempt to tackle this problem have risen over the years. In addition to Xiaomi’s design presented here, Vivo recently showed a prototype design that would allow the entire camera to be removed and replaced.

How well Xiaomi’s retractable lens design works remains to be seen, but the promised increases in light gathering ability should allow cameras to make better use of the small sensors most are currently equipped with.

(via Xiaomi via Slashgear)

A Photo Series About COVID-19 Isolation in Toronto