We’re going to ask a controversial question: What do UV filters do, exactly? A UV blocking filter, (not to be confused with a UV Bandpass filter, which has the opposite function) is perhaps the most standard lens filter out there. It’s sold with every beginner lens filter kit along with polarizers and ND filters, and sometimes it’ll even ship with your camera.

The filter itself sounds simple enough: a filter that blocks UV light. But, what does that mean, and why is blocking UV light something we want to do? Lenses themselves have many glass elements and coatings that block UV light. Furthermore, every digital camera model leaves the factory with a bluish-green piece of IR/UV blocking glass over the sensor preinstalled. Is this glass insufficient? Do we really need more to correct for UV light contamination?

Shooting with a UV lens filter seems less necessary with modern cameras and optics. The color science of different camera models and sensors seems to have more of an impact on subtle differences in an image’s color and biases than anything else these days. Most people who’ve casually used a UV filter in recent years probably couldn’t tell much of a difference between their photos with and without the extra glass.

Many others will say they only thread on a UV filter to protect their lens, which makes intuitive sense. A layer of clear glass between the outside world and your $1,000+ front element sounds like cheap insurance, the thinking photographer’s move. To our surprise, the manufacturers will tell you this is absolutely not the case, as Usman Dawood discovered in his article earlier this month.

Many photographers will still insist that lens protection is the key benefit here, but makers of UV filters clearly state they are made to stop UV light. Lens protection is largely claimed as a secondary benefit. What, then, is the scientific basis for using a clear glass filter to eliminate the influence of UV light with modern cameras?

Many Ways to Photograph a Rainbow

At Kolari Vision, where I work, we convert and design cameras and filters for photography and videography beyond the visible light spectrum, into the infrared (IR) and ultraviolet (UV) wavelengths. Spectral analysis is a key part of what we do. Knowing which wavelengths are being transmitted into the final image and to what magnitude is essential.

We wanted to know how much UV light is even reaching a modern digital camera sensor in the first place, and whether there is enough to make an effort to block it necessary.

While all cameras are made with the aim of recreating the visual light spectrum (400nm-700nm) that we see with our eyes, spectral transmission varies somewhat by camera model and even further between brands. So, we compiled the transmission curves of 82 cameras made in the last 10-15 years including Canon, Nikon, Sony, Fujifilm, and 1 Pentax to determine which cameras, if any, might benefit the most from using a UV lens filter.

The Ultraviolet (UV) spectrum begins at 400nm and continues to the left beyond the edges of this chart. A good quality UV filter should be blocking any part of these lines that goes below that 400nm mark. The curve below by LensTip is an example of a (good) UV filter transmission curve. In this case, the Hoya HMC UV-0 illustrates the effect very well. 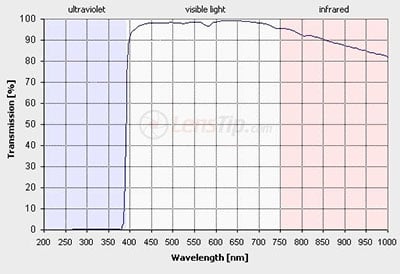 If you dig through the data in the LensTip article (which we highly recommend, they provide a great resource), you’ll find that UV filters have UV cutoff points that are all over the place, starting at 330nm up to 395nm or so. The 330nm cutoff Hoya and Tiffen filters are particularly egregious, this one would not even block our UV Bandpass filter wavelengths which are 365nm centered.

In fact, standard uncoated glass tends to lose UV transmission around 350nm. But even if you pick a better UV filter that cuts UV at 395nm, you will notice you are still below where modern digital cameras already cut out UV. We compiled the average cutoff point for each brand we analyzed below.

As you can see, every brand cuts UV more aggressively than standard UV filters. It is interesting to note that while Nikon Fuji and Pentax cut at around 420nm, Canon is a little weaker at 416nm, while Sony in general allows the most UV light through cutting down at 409nm. Each individual camera is different, and we expect newer cameras will start approaching the 420nm cutoff point across the board eventually.

Will Any UV Filters Do Anything for Your Photos?

There is, however, some small combination that could do something. A very aggressive UV filter with a 420nm cutoff point could help on Sony or Canon cameras that generally have slightly weaker UV filters built in than Nikon, Fuji, and Pentax. Depending on your specific model, your Nikon or other model may also have a weaker internal UV filter and could stand to benefit slightly from the extra UV filtration to bring it up to the modern flagship standards.

We are launching our own filter like this soon to do just that. One more thing to note is that you will sometimes see the term UV Haze filter. Haze filters are advertised as stronger UV cutoff filters than plain UV filters, but take this with a grain of salt. Many UV Haze filters that we checked still only cut off around 400nm.

Did Basic UV Filters Ever Do Anything?

At this point you may be thinking, if UV filters don’t do anything on a new camera, are they a scam? Did they ever do anything? The answer is certainly! In film photography, UV can absolutely be an issue and something that is worth filtering out. Even in the early days of digital, many cameras were not filtering UV out well at the sensor level and UV filters helped. Here are some cameras with weak UV filtration. 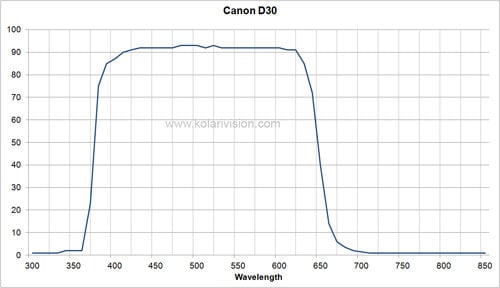 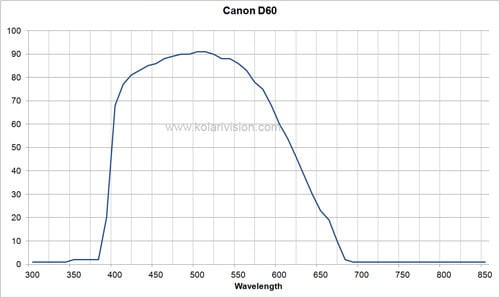 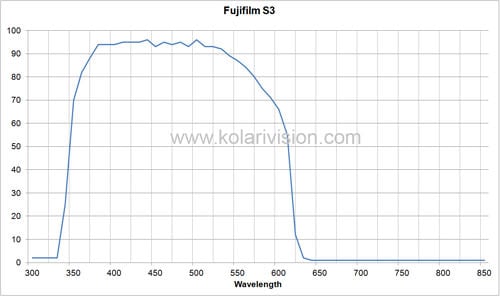 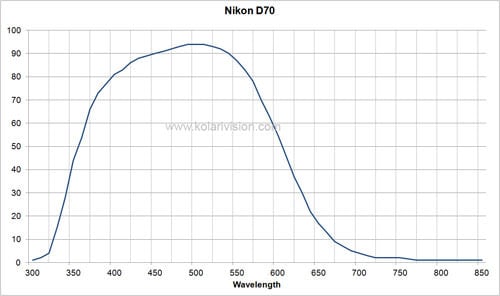 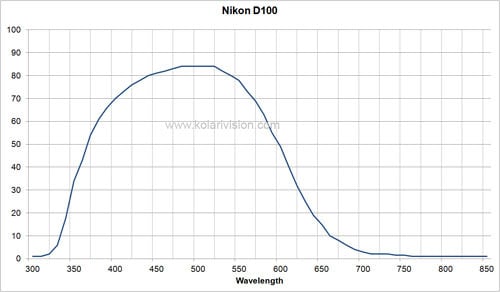 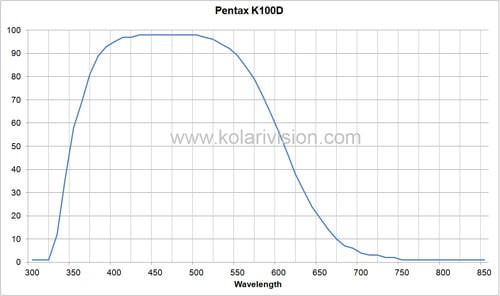 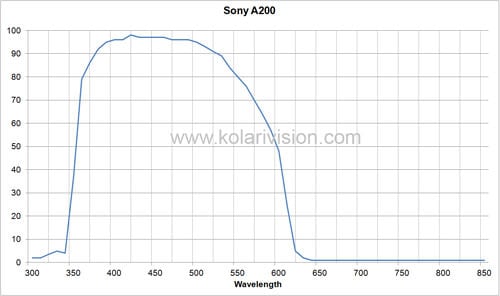 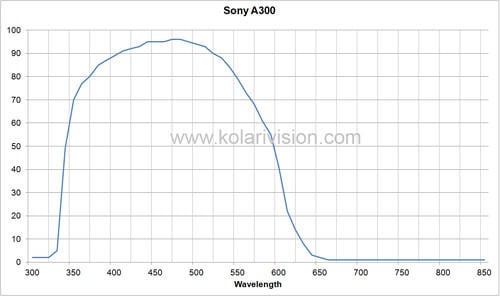 As you can see, earlier models’ spectral transmission have a much greater diversity of slope and range, and the 400nm line is treated more like a New Jersey speed limit than a hard cutoff point. With transmission curves like these, it’s easier to see why an additional filter might be necessary. Manufacturers began working to correct this internally, most notably with the Nikon D40x variation of the Nikon D40. 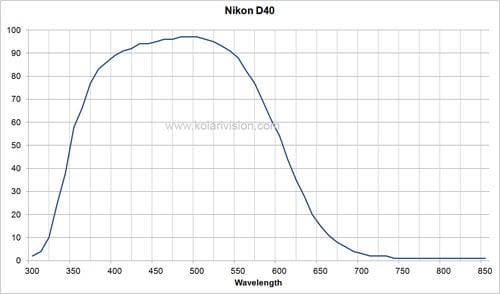 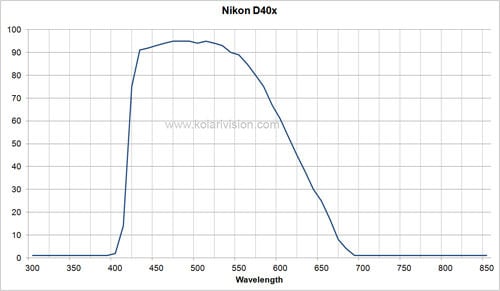 The Nikon D40 was originally released in 2006. One year later, Nikon released an updated version with the D40x that, among a few other upgrades, added a more aggressive UV cut filter over the sensor. The Nikon D200 included this feature as well even earlier in 2005. This precise UV cutoff started as a premium camera feature that has since been standardized to all models with only slight variation between them.

Looking back at the modern bodies, the Sonys represented by the red-orange lines, appear to be the worst offenders here, and they have been criticized in the past for poor color science especially with skin tones, though their most recent models have improved on this significantly.

Canon, on the other hand, represented by the blue lines, is praised for its excellent color and has been for some time. The Canons, along with the single Pentax shown in black, seem to form a nice average of all the cameras we tested.

Nikon plays very conservative and stays well behind the 400nm mark. Fuji does the same with a well above average red/infrared sensitivity as well when compared to all other models.

Based on this sample, it would seem that if any camera would benefit from a UV lens filter, it would probably be a Sony, though this test is not taking the lens into account. We’ve found in previous testing that it’s very difficult to find a lens that transmits a lot of UV light.

Based on these casual observations, there does seem to be some correlation between fine-tuning a camera’s spectral transmission and the perceived color accuracy of an image. But, if that were the case, then the final color quality of an image is just as likely to be influenced by the red/infrared end of the spectrum from 600nm-700nm as it is the UV.

This is especially important to consider since much discussion and subjective debate on cameras’ color science centers on skin tones which are mostly made up of red. Adjusting the red light sensitivity of a camera should significantly affect skin tone color. Sony and Nikon (red-orange and green) tend to skew less red while Canon (blue) includes more. Fujifilm (red) on the other hand is exceptionally sensitive to red and even some infrared, which explains why some Fuji models can achieve faster IR exposures than other cameras when using an infrared lens filter. 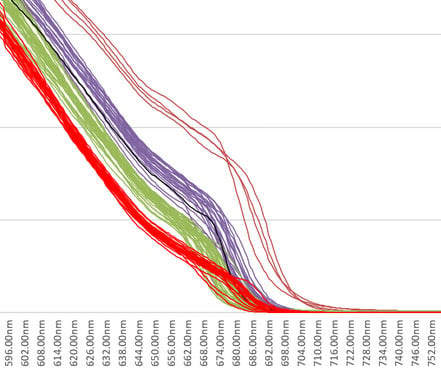 This opens up a greater discussion on model- and brand-specific color science and how much it involves the transmission of its stock IR/UV blocking sensor glass vs internal pre-processing. In cinema-grade cameras, there are often multiple sensor IR/UV cut filter options for different shooting scenarios allowing the colors to be shifted to more or less red and UV sensitivity depending on the scene, showing that the filters in front of your sensor do play a role in recorded colors in ways that software can’t fix later.

About the author: Pat Nadolski is a photographer and technician at Kolari Vision, an infrared camera conversion business based in New Jersey. The opinions expressed in this article are solely those of the author. Kolari Vision recently announced the Kolari IR ND filter, which it believes to be the best on the market. You can learn more about the company’s service’s on its website. This article was also published here.

The Ideal Fast Zoom For Sony?