Inexperienced models often struggle in front of the camera because they lack insight into their own appearance. While we all can look our best in front of a mirror, it’s because we can see ourselves. This filter aims to bring that ease of posing to photography.

While also valuable to vloggers, the Reflective Filter looks to be especially helpful for anyone who is unsure of themselves in front of the camera. “Inexperienced models” can be anyone from brane new fashion models looking to start a career or just anyone who is having their photo taken for marketing a business. Companies with a focus on testimonial-style imagery and videos struggle with looking natural on camera because of insecurities involved with their poses and expressions. 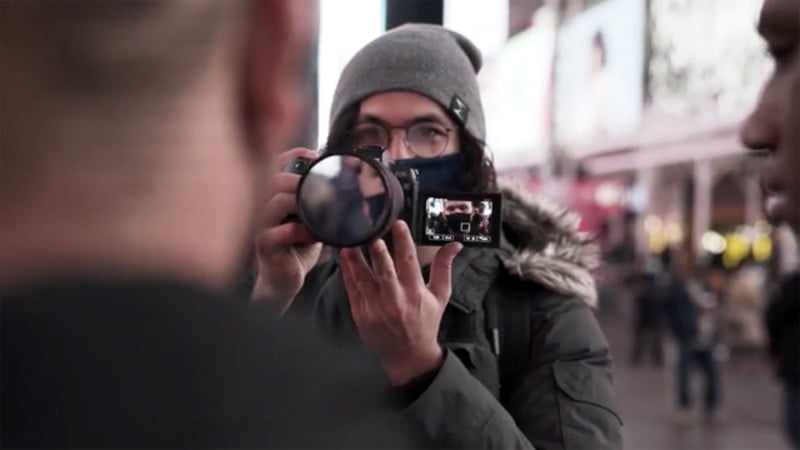 Claiming to be the world’s first, patented, mirror camera filter, the Reflective Filter is designed to make being in front of the camera much less nerve-wracking. Co-founder of Excelence Brilliance Indesign (EBI), the company behind the filter, Omar Hammouda says he began as a portrait photographer and videographer and through his experiences of working with “countless” models and influencers as well as his personal experience of trying to vlog, he realized that he needed a real way to make eye contact with the lens.

He says that this product is aimed at vloggers, models, influencers, and small business owners who might not have the confidence to give their best look to the camera either due to inexperience, or they might simply prefer to see themselves when shooting. For those who shoot video of themselves, most rely on a monitor off-camera for positioning aid, but when recording you can’t look at that monitor because it breaks eye contact with the audience. So while a monitor is great for setting up a shot, the confidence-boost that you can get by, essentially, the ability to talk to yourself is lost. 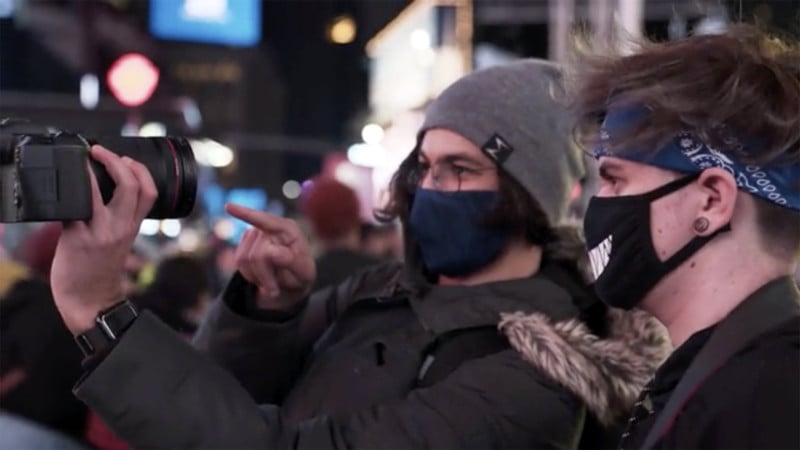 The design is simple: it’s a one-way mirror reflector that also doubles as a polarizing filter. Just like any other filter, it screws on to the front of your lens to immediately turn it into a mirror for your subject supposedly without changing image quality for the photographer. EBI claims there is no image quality loss to images captured with the filter.

The Reflective Filter appears to only be available at launch in the 82mm size, but at least starting that large allows it to be attached to many lenses thanks to widely-available step-down filter threads. The filters cost $50 each as part of the Kickstarter campaign, but EBI plans to retail the finished product for $150. The company expects to ship the filter to backers by June of 2021.

Always remember: Kickstarter is not a pre-order platform. Do your research and back with caution.

The Brilliant Use of Complementary Colors in The Queen’s Gambit