Architecture student David Hensel loves both photography and LEGOs, and he recently brought these dual passions together to create a LEGO version of the classic Olympus OM-1 that’s been gaining a lot of traction on the LEGO Ideas website. If all goes well, it could even become a real LEGO product.

This is the second LEGO film camera we’ve seen recently. The first was this Nikon F3 we shared back in December, but lest we give the impression of being biased, we wanted to show you Hensel’s creation as well. This particular creation, says Hensel, was the result of “a few chance situations that all seamed to line up in just the right way.”

“One is the great elephant in the room, COVID-19,” explains Hensel. “New Zealand went into lockdown very early into our episode with the pandemic. So all of a sudden I wasn’t out from 8am till midnight every day working in a small architecture practice, studying and occasionally trying to squeeze a social life in there; I was stuck at home, with all my Lego. Boredom kicks in, and I’m building.”

Another factor was an online LEGO building contest that challenged him to build something out of a single color. And finally, the third factor was a chance encounter with his brother’s vast collection of film cameras, including an Olympus OM-1.

“I walk into my brothers room, and I see a white on white Nike Jordon 1, and amongst the great masses of film cameras my brother likes to collect and shoot (I couldn’t tell you how many. Take a number and add some more, it’s probably that), a black on black Olympus OM-1.”

We’re glad he decided to build the camera, and not the shoe… 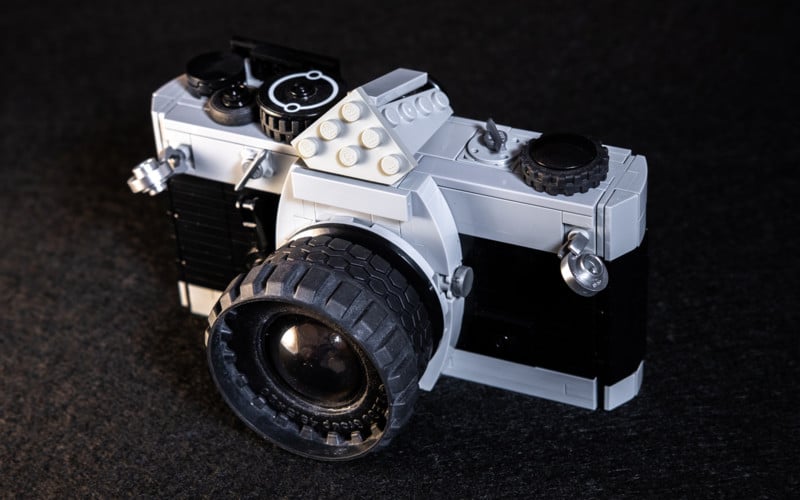 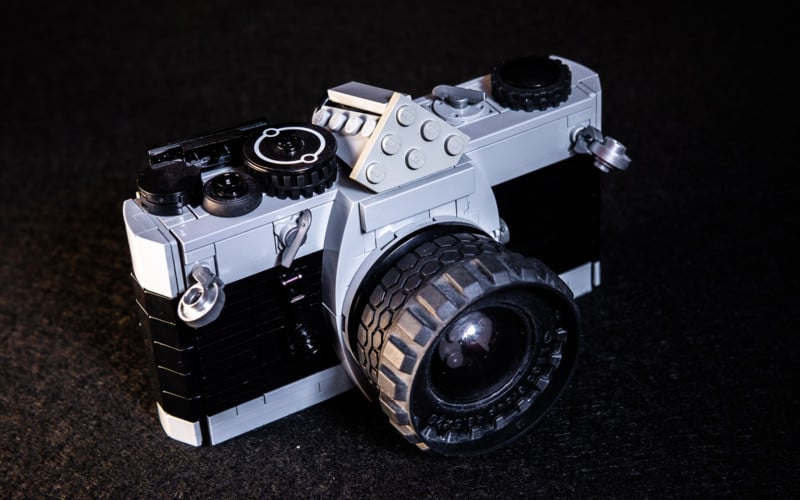 “The OM-1 has got to be one of the most beautiful cameras out there, in my books it sits next to the Leica M6,” he tells PetaPixel. “There’s something incredible about the OM-1: the attention to detail, build quality, and in my opinion, some of the greatest proportions in terms of both looks and fee, not to mention stellar optics.”

So he spent an afternoon creating an all-black version to post for the contest, before pulling in some gray accents and other details to turn it into the LEGO camera you see above.

Finally, he submitted it to the LEGO Ideas website (as a generic “film camera” to avoid licensing hassles) where it’s racked up almost 900 supporters as of this writing. If it hits 10,000 over the next year, LEGO will consider turning it into a bona-fide LEGO set that you can purchase and build at home.

If you want to help make that happen, head over to the LEGO Ideas website and create an account to support Hensel’s camera. And if you want to see more of his work, you can find more LEGO creations and photography on his Facebook, Instagram, and Flickr.

Image credits: All photos by David Hensel and used with permission.