San Francisco-based inventor Lucas Rizzotto spent all of 2019 wearing cameras on his face. He then built a virtual reality time machine that lets him relive any memory from the year by simply punching in a date and time.

Rizzotto shows how the project was done in the 28-minute video above, which exaggerates some aspects of the project for comedic/dramatic effect (and warning: there’s some strong language). Here’s an 18-second video showing the gist of how the time machine works:

After filling up a mountain of hard drives with his life footage, Rizzotto had to code up a virtual reality control panel for the time machine, a system that can quickly retrieve any memory based on timestamp, and special effects for displaying the retrieved memories in a cool way.

It took quite a bit of work and troubleshooting, but Rizzotto ended up successfully creating a slick time machine that he interacts with using a VR headset. Once he selects the destination date and time with the machine’s buttons, he pulls a lever and is presented with a large portal that plays what he was seeing at that specific time. 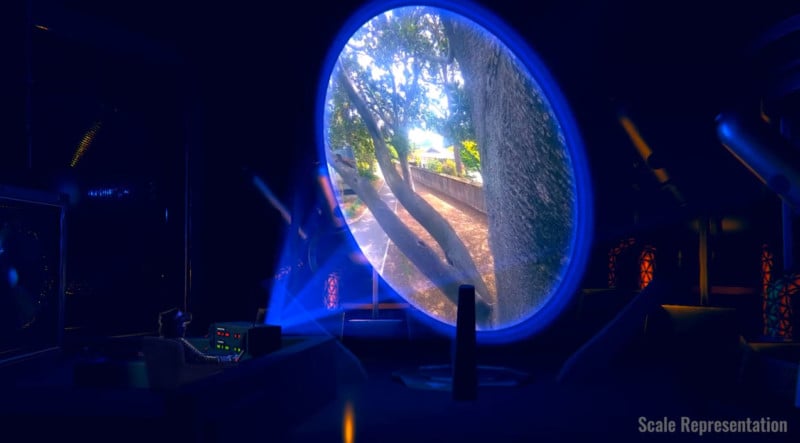 “It’s really hard to describe the feeling you get reliving your own past,” Rizzotto says in the video. “It doesn’t feel like watching a video — not at all. In fact, the moment you see through your eyes again, your brain lights up and you remember everything connected to that moment. You don’t just see the memory portal, you see everything around it. Like the rush of memories you get when you smell food you used to eat as a child.

“It’s crazy, overwhelming, emotional, and way more immersive than I thought it would be. I was my own ghost, watching myself wander through life with no idea of what was going to happen next.”

Back around 2012, there were a number of wearable “lifelogging” cameras (e.g. Autographer and Memoto) that promised a similar concept of reliving any of your memories. Those projects never achieved any commercial success or widespread usage, but it’ll be interesting to see whether improvements in camera technology and memory reliving (e.g. using VR) could lead to a viable commercial product sometime in the future.

Why Gear Addiction Doesn’t Make You a Better Photographer