LensRentals recently got back a $10,000 Fujinon GFX100 medium format mirrorless camera from a customer who used it in dive housing and reported that it “suddenly died for no reason.” After Fuji declared repair impossible and insurance claims were paid, LensRentals decided to take the camera apart and look inside.

From the outside, the camera showed no signs of water exposure. But there’s an easy trick to check for saltwater exposure on most cameras that takes only about 10 seconds.

“Removing 4-8 screws in most cameras lets you take off the tripod plate,” says LensRentals founder Roger Cicala. “If there has been water, you’ll almost always see corrosion under it; water tends to wick up along metal, often traveling a good ways from where it originally entered.” 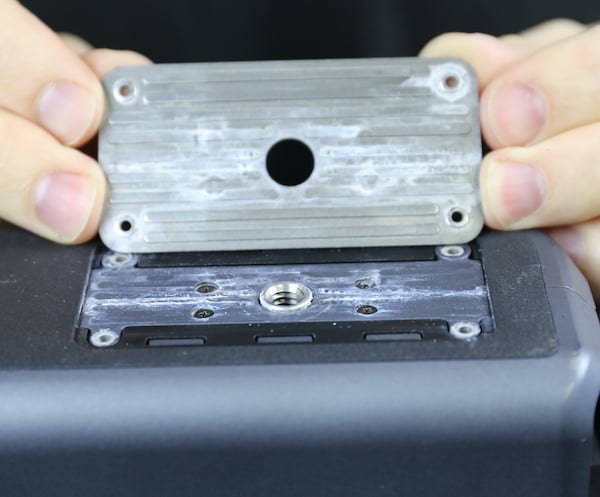 A quick look at the I/O ports is also often enough to see whether a camera is most likely damaged beyond repair. 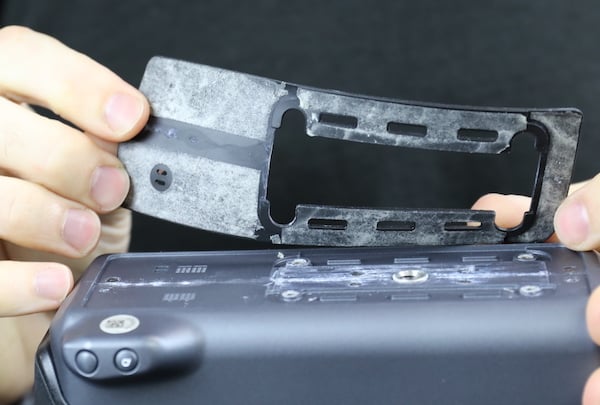 “Once you’ve seen that it’s considered not repairable for very good reason – replace the corroded stuff you see, and something that looks OK fails in another month or so,” Cicala says. “[…] That’s the general rule of water damage, “it’s always worse on the inside.”

Opening up the camera revealed corrosion all over the bottom of the camera and on the circuitry and wires. 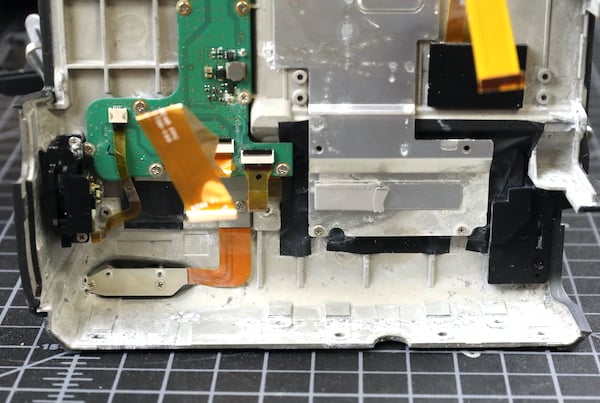 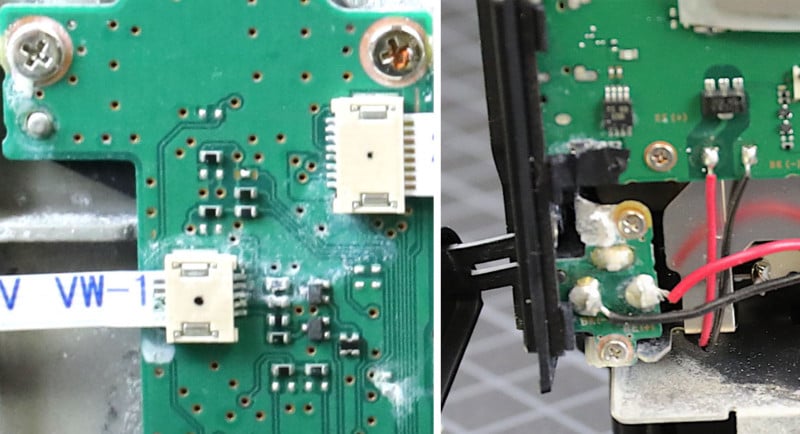 “[T]his should be a great example of what even a little saltwater does inside a camera,” Cicala writes. “Seriously, everything we know about the incident indicates there was just a tiny bit of salt water that got the camera wet. It wasn’t immersed or anything. The camera worked for a couple of hours after that before going belly up.”

Even though the GFX100 is touted by Fujifilm as being weather-sealed for shooting in rough conditions, Cicala recommends keeping the camera dry based on what he saw during disassembly.

“I’ve seen a lot of claims that the GFX100 does well in the rain, and it may, because it has a big overriding top and rainwater is freshwater,” Cicala writes. “But did you notice all those weather resisting barriers and gaskets in the teardown? Yeah, me neither. I did notice some wide-open areas around the command dials you could shine a light through, and pour water in if water happened to be around.”

If you’re interested in the engineering and design of the Fujifilm GFX100’s internals, Cicala has published a lengthy step-by-step teardown of this dead camera.

How I Got the Shot