Here’s an interesting idea: what if you could teach someone all of the basics of photography by simply giving them a deck of playing cards? That’s exactly what a new Kickstarter campaign for the so-called “Photography Deck” wants to deliver.

The Photography Deck is a specially-designed deck of playing cards that will appeal to the camera nerds in the audience (so… most of you). The court cards—King, Queen, and Joker—have each been re-designed with a photography twist, while the number cards each act as a miniature “cheat sheet” for concepts ranging from the exposure triangle, to color theory, composition, reading the histogram, setting white balance, and more.

Each suit covers one of four categories: Spades is Camera Basics, Hearts is Composition, Clubs is Technical info, and Diamonds covers Shooting Styles.

It’s a simple-but-brilliant little idea, and a fun way to add an educational twist to an old classic. If you’re going to keep a set of playing cards in your camera bag, these could actually come in handy for something other than the odd game of Spades during downtime on set.

Here’s a quick intro and unboxing so you can see what The Photography Deck is about:

And here’s a closer look at the design: 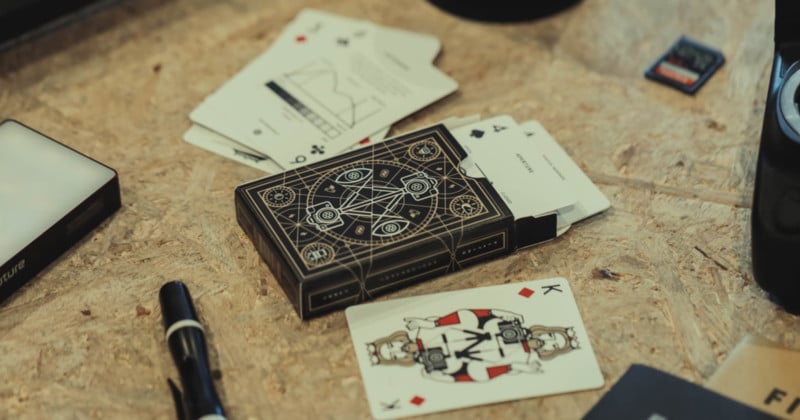 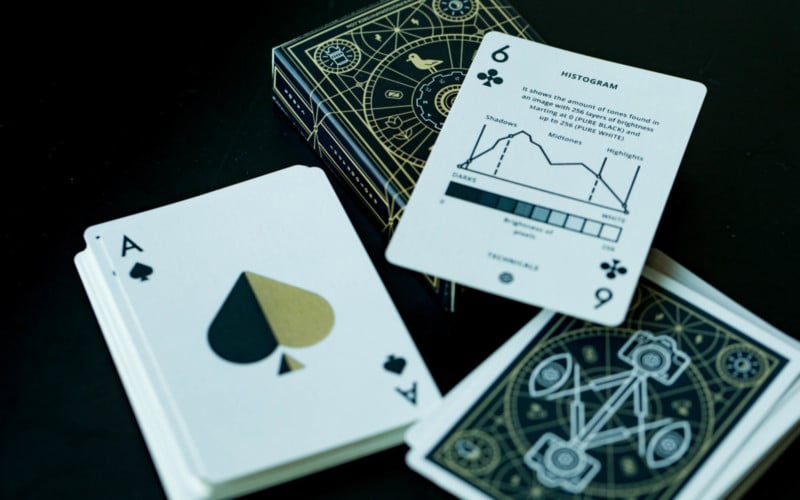 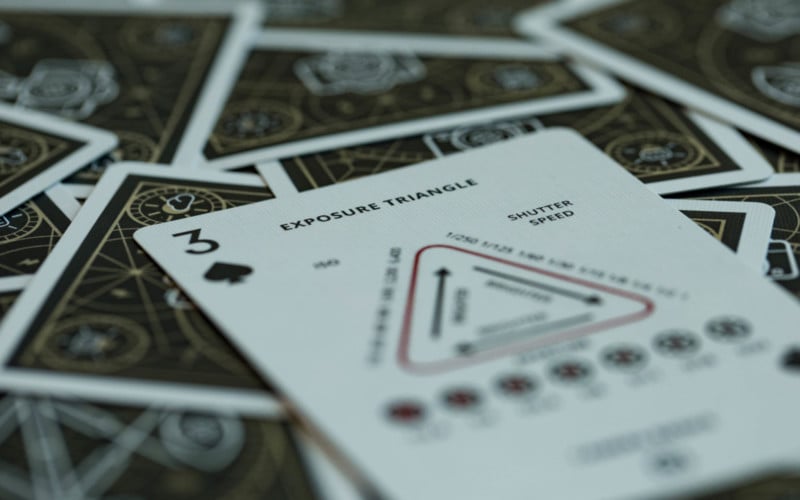 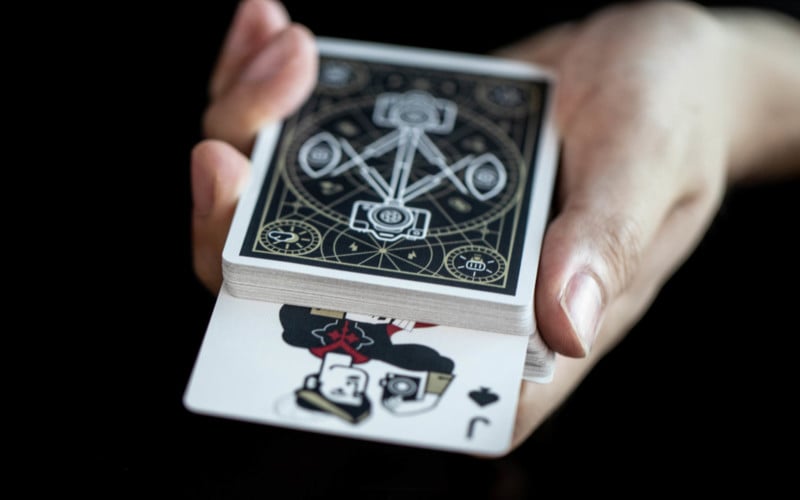 The campaign launched earlier today, but it’s already well past full-funding and has even been selected as a “project we love” by Kickstarter. With 30 days left, filmmaker and Photography Deck creator Eric Bohring has already raised nearly $5,000 on a goal of just over $1,100.

If you want to pledge your support and “reserve” a Photography Deck for yourself, you can get a “standard” red deck for $14 or a Kickstarter-only “limited edition” green deck for $17. Both variants are expected to start shipping to backers in August.

As with all Kickstarters, the usual warnings apply: this is not a pre-order, and you pledge at your own risk. That said, Bohring has already successfully funded and shipped a popular camera accessory called The Tech Wrap, so he’s proven that his business model isn’t vaporware. To find out more about The Photography Deck or support this project, head over to the Kickstarter campaign at this link.

This Dead $10,000 Camera Shows the Danger of Salt Water