Discussing what makes a “photographic” photograph can seem like a bit of a tautology, but I think that my understanding of what I’m trying to achieve with my photographs has been helped by this idea.

I first started thinking about what would make something “photographic” after seeing how many seem to be describing some pictures as “cinematic”. My understanding of what it actually means for a photograph to be/feel cinematic is that there is something more than just aspect ratio, color grading, focal length, and so on. There must be something more integral to what makes a cinematic frame cinematic, and this must be what a cinematic photograph is borrowing from. 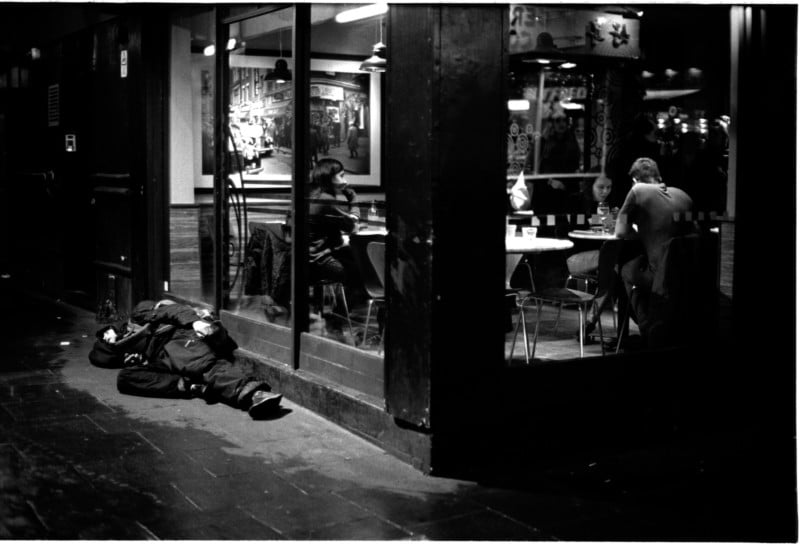 Cinematic frames exist as part of a sequence. There are establishing, mid, close shots, and everything in-between. The function of each shot is to contribute to the overall narrative, and it can do this effectively or poorly — it’s entirely possible to have a beautifully-shot terrible movie.

If you take one beautiful cinematic frame out of its place in the finished movie, you remove its purpose and are left only with the aesthetic. It may have artistic merit from how it looks, but it won’t really mean anything out of the context it was designed to exist in.

I think that many “new wave” street photography images can feel cinematic because they often resemble an establishing shot — characters moving through a space, ambiguous silhouetted figures, wide light architecture frames. However without the context of the rest of a character’s story (as in a movie), it really doesn’t serve that function of an establishing shot — it doesn’t establish anything unless it ends up included in a series.

As an individual photograph, however, it does not have the power of the same frame used in a photo-essay, or as part of cinema; we have no investment in the location or character, and this leaves a lot of room to read into. A photograph made in this way does not feel “photographic” to me. It does not justify its own existence but instead leans on an association, and it is that association the audience judges its quality on. If the only thing a photograph has going for it is that it reminds you of Blade Runner then that isn’t a good photograph, it’s just a reference to a good movie — and I’d get a lot more enjoyment out of the movie where the aesthetic actually means something than from looking at a still image, devoid of real character, story, and depth, and detached from any series which may provide these.

Bringing this back to my idea of a “photographic” photograph, I think that these cinematic visual references do not need to be rooted in an image made with a camera. One could produce a painting or comic panel that could contain the same visual language without even having to think about a camera, and the result would still be described as cinematic. They do not need the involvement of a camera to be brought into existence, so I see less value in them as photographs — saying a photograph feels cinematic isn’t a compliment in my eyes, it says to me that the value of that image holds is that it reminds you of something else. 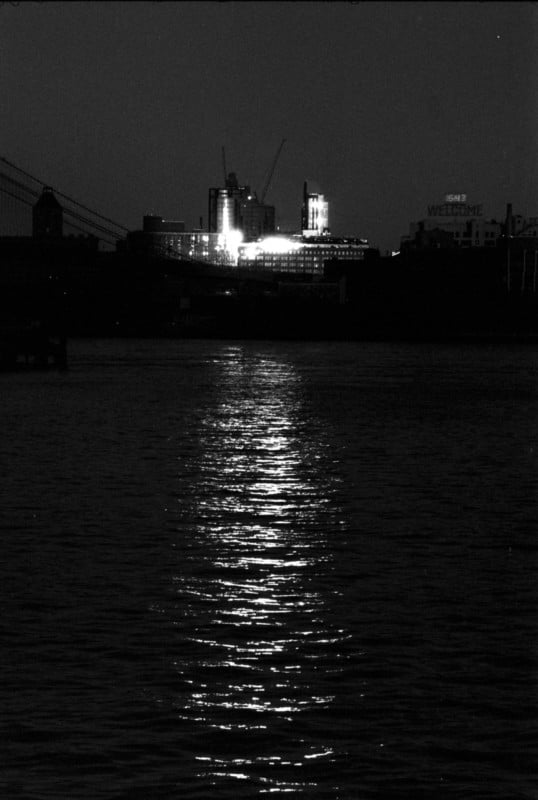 Personally, I don’t want the value of my images to be that they remind my audience of something else — I want the value to be inherent to the contents of the frame. Perhaps if the image does something more, if the photograph comments on that reference, if it builds on a concept, if it adds something new, maybe a unique spin, or the photographers commentary, or reframing something familiar and refreshing it – something to make it more than just a nod, or a borrow.

My understanding of a photographic photograph is one that leans strongly into what a photograph offers differently to other mediums. To me this is less to do with an aesthetic to be achieved and more to the absolute basics – the ability to almost instantly, and usually with great accuracy, render the light in front of the lens onto a sensor or piece of film.

The speed and accuracy are the most essential aspects in my opinion, and they greatly inform my respect for the way images can be used journalistically. These photographs aren’t references to other genres or art forms, but references to history, describing powerful events through truly human moments. Their worth is inherent to the events inside the frame, not found elsewhere through implication or invocation. In smaller-scale applications, such as personal documentary, or street photography, I think that photographs made while chasing life become a part of something more than a photographic portfolio, but contain a more intense experience. Photographs that use the photographer’s attachment or access to unique situations, freeze-frame moments of intimate emotion; these are what photography offers over than any other art medium.

When photographers chase light, shape, geometry, or mood, then I genuinely think that they may find a more fulfilling pastime in painting. There’s a good chance their vision will translate into canvas or paper; there are plenty of multidisciplinary artists who find this works for them. When the aesthetic rules what you point the camera at then there genuinely may be a benefit in working on a way to produce that aesthetic elsewhere. Many photographs could have just as valid an existence as a painting. Still life, landscapes, posed portraits; they could even work as poems or songs. A painting can capture an expression, but it isn’t real in the same way a photograph is. Unless the urgency of the image is grounded in reality, to show that something really looked like this, or that an event really happened then it could take any other form. That sketched expression or watercolor cloud doesn’t have the same weight coming from the painter’s eye and brush over many hours as the exact moment captured fleetingly.

This is what a photographic photograph offers, and these reasons are why the subject of my own photography has increasingly moved away from anything I would believe seen as anything other than light recorded through a camera.

About the author: Simon King is a London based photographer and photojournalist, currently working on a number of long-term documentary and street photography projects. The opinions expressed in this article are solely those of the author. You can follow his work on Instagram. Simon also teaches a short course in Street Photography at UAL, which can be read about here.