I’m not one to generally heap praise on camera products that one, I haven’t tested or two, haven’t even been fully announced yet let alone released. But given what we know about Canon’s upcoming EOS R5, I have to change precedents, sit back and just clap.

Canon has been the butt of many criticisms and jokes over the past nearly ten years, and for good reason: the products they have been releasing have been mostly pomp and circumstance and not performance. They haven’t been at the leading edge of imaging technology since pretty much the 5D Mark III, with the exception of the 1D X Mark II that was priced above what was competitive at the time, didn’t stay in the technology lead for long, and came with many caveats.

The 1D X Mark III was good, but it didn’t blow any of us away. It impressed, don’t get me wrong, but we aren’t staring slack-jawed at it.

But the EOS R5 — that’s an entirely different story. This camera is shaping up to be the most impressive technological leap between models, nay compared to what is currently on the entirety of the market, that we’ve ever seen.

Here is a conversation between me and Ted Forbes regarding Canon’s R5 announcement:

I know that the R5 isn’t technically a next-generation EOS R (we are still expecting them to give us an EOS R Mark II at some point), but the timing and market offerings from Canon puts the R5 as its technology successor. If you wanted, you could argue that the R5 is more the successor to the 5D Mark IV, and since the EOS R is basically a mirrorless 5D Mark IV, I wouldn’t disagree with you.

Whatever you do choose to compare it to, the R5 is offering an unprecedented gigantic technology leap from any other camera Canon has ever made. Not only that, it puts to shame every other hybrid camera currently available and even outperforms almost every high-end cinema camera available. 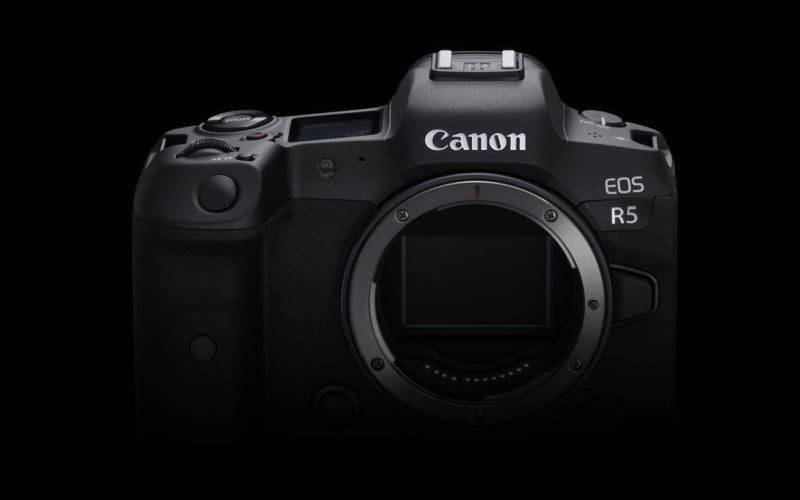 And with all this said, I think we can truly put to rest the notion that Canon purposely holds back their hybrid cameras to “protect” their cinema line.

The Effect on the Industry

When the 5D Mark II was released, it really did change the industry entirely. Both photo and video in one device could be argued as the biggest shift in digital imaging in our lifetimes.

But can you argue that the EOS R5’s offerings are on par with that, given what is available on the market?

Given that it can shoot full-frame, uncropped 8K at 24p and 30p, in RAW, Canon Log H.265 or HDR PQ H.265 with full-time Dual Pixel autofocus all internally, I am really racking my brain to say this camera is worse from a pure specifications standpoint than most RED, ARRI or Sony camcorders. It will even shoot 4K at 120p, a spec that no hybrid camera to date has yet to hit and is reserved for those super high-end camcorders I just mentioned.

Oh, and it doesn’t just do that slow-motion capture just to add a spec to the box, but is nearly without compromise: it’ll record that 120 frames per second internally at 4:2:2 10-bit in Canon Log. If you wanted to narrow that scope to just cameras with full-frame, it’s an even more exclusive club: the R5 is the only member.

The biggest effect on the industry though might be proving how much can fit into a small package without fans and without, at this point, compromise.

To get 8K in a RED (like the Helium, Gemini, and Dragon) requires some serious cooling. Same with ARRI cameras like the ALEXA LF or the AMIRA, the Sony Venice (which can only do 6K), and even the Panasonic S1H (also capped at 6K) which we already mentioned has a specs list far less impressive than the EOS R5. All those cameras have fans.

Author’s Note: Sony reached out to let us know that the Venice is capable of 4Kp120 as of Firmware 4.0 which was released in May of last year. However, that increase in frames per second came at a cost: a crop. You can only capture 4Kp120 in Super 35 format. Even though the Venice now competes in frames and resolution, it still falls short of the Canon’s full-frame readout at the same specifications. It can, however, capture up to 90 fps in 6K as of Firmware 5.0 in January 2020, which is a step above the R5. Nevertheless, the fact we are comparing what is likely to be a sub-$10,000 hybrid camera to a $40,000 cinema camera and finding it to be a back and forth boxing match is kind of ridiculous and puts a spotlight on how advanced Canon’s new camera will be. 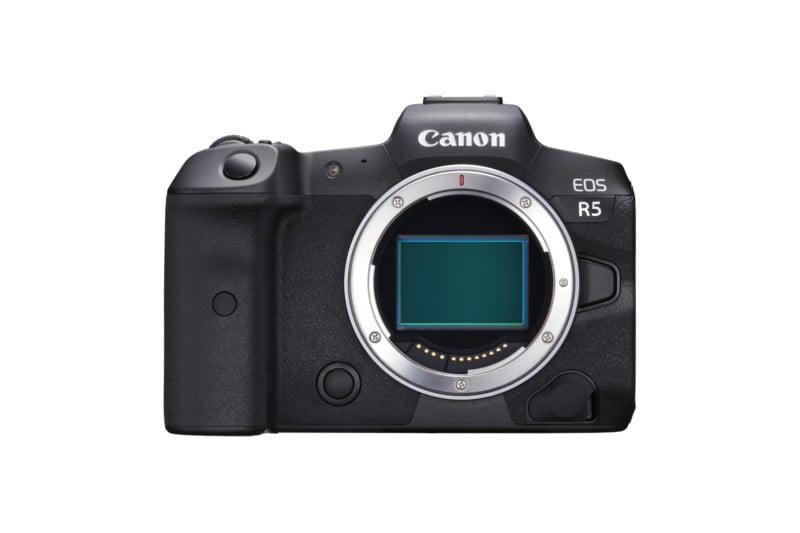 Back in February, I attended WPPI and Canon showed the R5 (an actual working body, they promised) behind glass. Though we couldn’t hold it, we could look at it from nearly 360 degrees. From what I saw and how the Canon team talked about it, the body of the R5 is identical, at least in footprint, as the EOS R.

That body is tiny compared to any video camera with half the specifications that this camera will surpass. That fact alone will have major rippling effects on the industry. Not only is it pushing technology limits beyond anything we’ve seen before, but it’s also doing it in a body that’s arguably one of the smallest on the market.

That body also has no fan.

Is all this more impressive from an industry standpoint than putting video in a DSLR for the first time? That’s definitely a conversation to have and arguments could be made going both ways. Right now, all I know is it’s an idea we can start to entertain.

I do want to say that I by no means think that the R5 is going to replace ARRI or RED cameras or even the Venice. Though in specifications, it’s coming close or beating many of the capabilities of the cameras made by those three juggernaut brands, camcorders are always going to have major advantages for large production companies that this camera will not address.

But that’s not the point. The point is the gap is closing from what you can do with certain pieces of equipment, and more powerful equipment in more people’s hands means a better chance for incredible independent art to be produced. That’s a cause we should all be championing.

Still a Lot of Questions

Folks are going to criticize this article as well as the R5 for all of the unknowns. For example, up until this point, many public critics of the R5 have all said there was without a doubt going to be some caveat to the 8K recording, either a terrible bitrate or horrendous crop. It was easy to believe this line of thought because for the last decade, Canon has been the king of caveats. They were wrong in this case, but there is still room for healthy skepticism that there will be tradeoffs in other areas. Canon also was reluctant to give us recording time limits at any of these high-end settings, which could be worrisome if they’re only a couple minutes. Given that the S1H has much lower specs than the R5 and that is fan-cooled, I am not certain how Canon is managing the massive amount of heat shooting at 4:2:2 10-bit 8K or RAW will generate. Given what we know about cameras to this point, you would think we would have to limit recording times.

We still don’t know the price point, which is likely going to be a subject of wild speculation from here until we do. Given that it bears the “5” in its name, and that we should expect it to play in a different ballpark than the 1D series, I personally cannot imagine Canon asking for much more than $5,000 at launch. I am by no means sure of this, but their camera hierarchy and need to be competitive makes me feel pretty confident we won’t see a budget-buster of a camera.

But even with all those questions, Canon is showing that Panasonic’s impressive 6K at 4:2:0 isn’t the best that can happen in a compact camera. They’re showing that 4Kp120 in a hybrid camera is not a pipe dream. They’re proving that by embracing CFExpress, you do not need to be restricted by the data ceilings of HDMI or even have the need for USB out, and can deliver RAW recording the day of launch instead of having to wait for third party support (looking at you Nikon and Panasonic).

At every turn it feels like Canon is proving wrong every possible naysayer with the R5. It feels like they are rewriting their stigmas. I am sure the goalposts will be moved again in the coming weeks as folks come up with new reasons to be skeptical of Canon’s impending camera, but I’m going to take a stand and just applaud them for doing as much as they are here.

They haven’t even come close to releasing half the specifications for this camera, and I’m already more than satisfied. At the very least, I hope that most of you will agree with me that the title of this article is not hyperbole. Canon clearly figured out their processor issues and destroyed (nay, absolutely obliterated) any of the barriers that were holding back their development in the past, and I’m just happy to be along for the ride.

Using a Drone to Create Stop-Motion Animations in the Sky