It’s official: Sony has just announced that the launch event for the long (long, long) awaited Sony a7S III will take place on Tuesday, July 28th at 10am Eastern time. In light of this confirmation, here’s everything we expect to see based on the latest rumors and reports.

Sony first admitted that the a7S III was indeed coming soon in an interview with DPReview, promising “a complete redesign” of the camera camera, including a new image sensor. But while Sony itself has stayed pretty tight lipped about what this might mean spec-wise, the rumor sites have been churning out details.

In addition to correctly predicting the July 28th announcement date, here’s what Sony Alpha Rumors has gathered about the upcoming camera so far. Keep a grain of salt in mind for now, as no other sources have corroborated these specs yet: 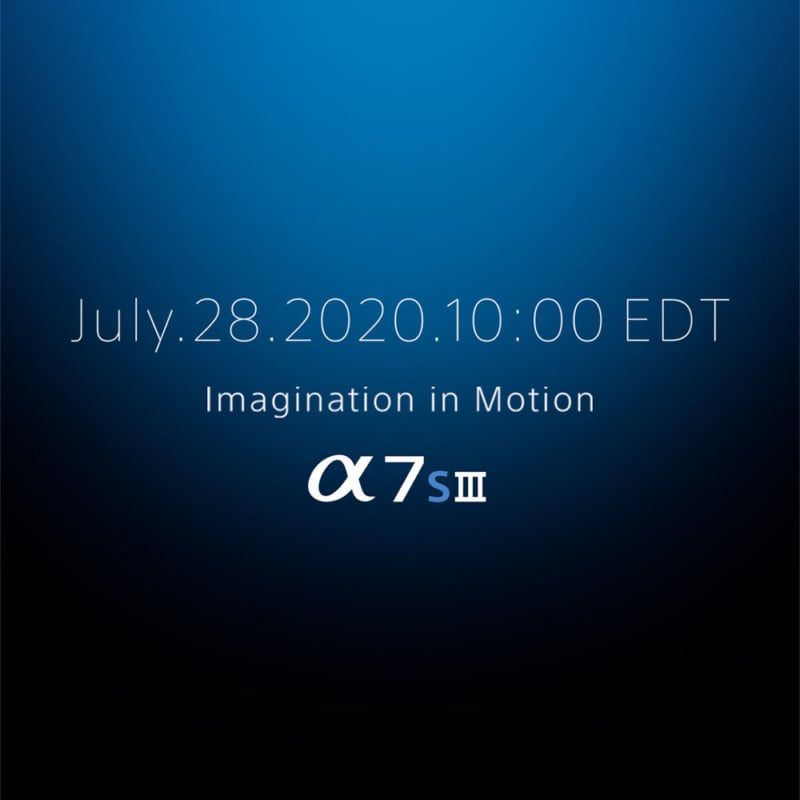 There are a few specs there that deserve a pinch of salt. For instance, we’re not sure Atomos’ recorders are even capable of 4K/120p RAW video recording (please correct us if we’re wrong), and even a UHS-II SD card might struggle to record 10-bit 4:2:2 4K/120p video internally depending on the bitrate.

That said, with the launch coming up so soon we’re hoping to see some (or all) of these specs “confirmed” by other sources like Nokishita, in addition to the expected product photo leaks, ahead of release.

If you’re interested in finding out more ahead of the launch, stay tuned; if not, you may want to avoid anything with a7S III in the headline from now until the morning of July 28th.