Sigma has announced that it will present a new lens in the DN series for mirrorless interchangeable-lens cameras on December 1, 2020. The lens is rumored to be a compact wide-angle for Sony E and Leica L-mount cameras.

Sigma provided multiple ways to watch the live stream, which will be hosted by the company’s President Kazuto Yamaki:

The specifically English version will be broadcast at the video link below at 7 AM eastern time, 4 AM pacific time:

Sony Alpha Rumors has reported that the lens looks likely to be a compact wide-angle prime lens made to work especially well with the a7C camera. The publication has noted that a European Influencer named Stephan Wiesner might have been testing the lens, which he shared on an Instagram story earlier this month, with speculation that it will land somewhere between a focal length 20mm and 24mm: 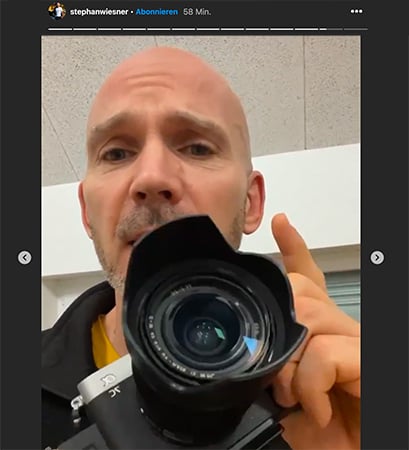 Despite the above leak, Sigma has done a particularly good job keeping the details of this upcoming lens under wraps. No definitive details have emerged since then, though the anticipated time of the announcement was predicted pretty accurately.

(via Sigma via Mirrorless Rumors)