Several big name photographers are using their art to support a critical part of our creative community: their assistants. By selling limited edition prints, photographers like Tim Tadder and Erik Almas have raised tens of thousands of dollars to help get their crews through this difficult time.

The “movement” is called Art for Assistants, and it includes several recognizable names like Tim Tadder, Rennie Solis, Erik Almas, and Jason Lindsey, all of whom have taken to GoFundMe to sell 100 signed, limited edition prints of their work in exchange for $100 donations.

Each campaign comes with a $10,000 goal, and incredibly, many have already met or exceeded that mark: 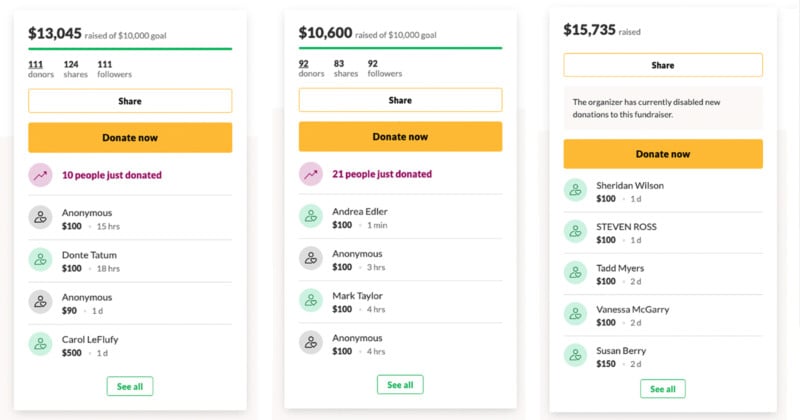 The idea started with Tim Tadder in late March, and has taken off from there. As of this writing, twelve campaigns are live on GoFundMe, and tens of thousands of dollars have been raised to help support these photographers’ assistants, who suddenly find themselves out of a job.

“Nobody in the photo community has been impacted more than the crew,” says Tadder. “These are guys that have been by my side who now have no income. They have families. They have people to support. And I wanna see if I can reach out to them and give them the opportunity to have just a little bit of bridge funding until the workload begins to pick up again.”

You can find out more about the original idea in the video blow:

And here are a few of the other campaign videos by some other well-known photographers, all of whom have met or exceeded their individual $10,000 goals:

With help from Epson, who has sponsored some of the photographers participating by donating paper and ink, all of the participating photographers, together, have raised over $90,000 to help their assistants during a tough time, and we wouldn’t be surprised if others follow suit. It’s a wonderful idea, and a great way for successful photographers to show their appreciation to the gig workers who make their work possible.

To learn more about Art for Assistants, check out Tim Tadder’s video above or click here to view all 12 of the current campaigns on GoFundMe.