If you need a break from the lawsuits and software updates, and just want to sit in awe for a moment, NASA has got you covered. The space agency has just re-shared a stunning satellite image of a bay in Madagascar that looks just like a giant octopus.

Forget spotting shapes in the clouds or the aurora, this is much cooler. The photo was captured by the Advanced Spaceborne Thermal Emission and Reflection Radiometer (ASTER) on NASA’s Terra satellite, and it shows Bombetoka Bay on the northwest coast of Madagascar. The photo was posted to NASA’s Instagram account in late April, where the space agency explained what exactly you’re looking at:

On the northwestern coast of Madagascar, the salty waters of the Mozambique Channel flow inland joining the freshwater outflow of the Betsiboka River, forming Bombetoka Bay. ⁣
⁣
The sapphire water is tinged with pink where sediment is particularly thick, and dense vegetation adds a rich green pigment to the landscape.

Despite the April posting date, this photo was actually captured in August of 2000. The photo covers an area of about 29 x 30 km, and you can see the full sized image by clicking on the photo below: 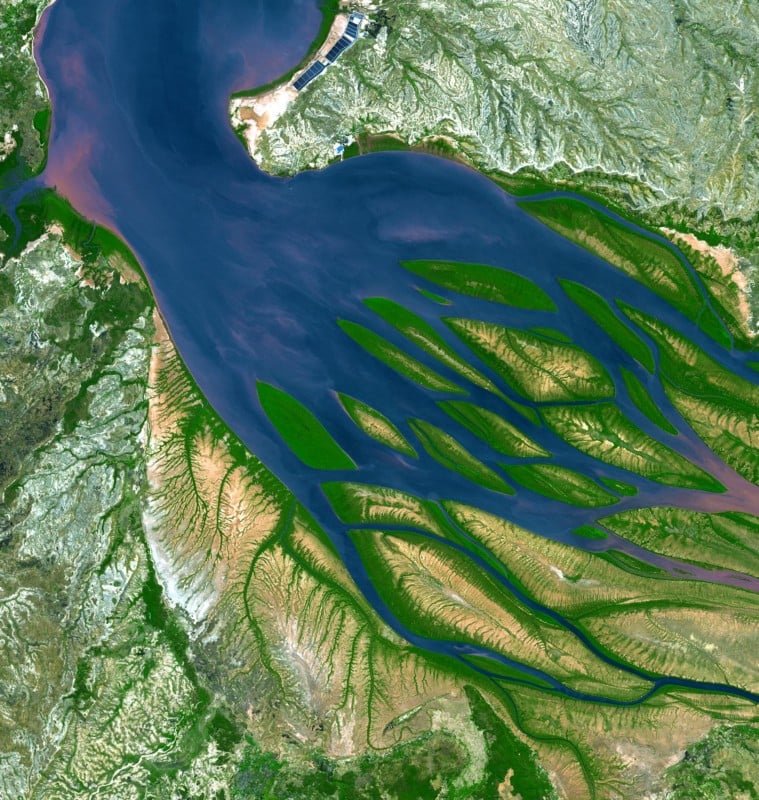 You can learn more about this image on the ASTER website, or if you’re feeling adventurous, you can check out some of the other true and false-color images (and 3D models) that the satellite has captured over the decades.

The one above is hard to beat, but here are a few more that we found by browsing the ASTER gallery map:

To learn more about these photos or explore the full collection of ASTER images available online, head over to the ASTER website.

This Photographer is Creating ‘Nature’ Photos with Household Things