In 2018, I launched a Kickstarter project called You Have to See This Place, “an experiment involving places and photos.”

Here’s a short version of the pitch to potential backers:

1. You’ll pick a spot on the surface of the planet, like a street address or latitude/longitude.

2. Using computers and math, I’ll find the photo I’ve taken closest to that spot, and send you a print.

3. I’ll post all the chosen photos online. Together we’ll create an exhibit of photos that were selected sight unseen.

I’m pleased to announce that I’m opening that exhibit today — just two years behind schedule. You can see all 100 photos here.

A quick example of how this worked: A project backer named Jeffrey in the Netherlands picked a location in a park in Osaka, Japan. I plugged the coordinates of that spot into a SQL query that spit out a list of photos I had taken near Osaka. The nearest ones turned out to be in Kyoto, about 25 miles northeast.

The first one in the list that met the criteria (below) was the one I had printed and sent to Jeffrey. The project was limited to 100 prints. 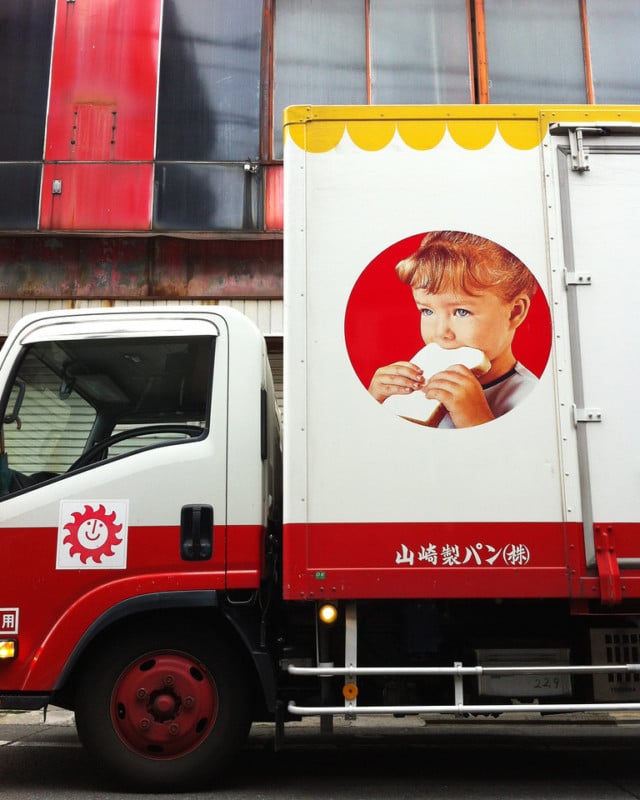 This project was, among other things, an exercise in anti-curation. I wanted to outsource the process of photo selection to the project’s backers — and, ultimately, to some great-circle math. The roughly 20,000 location-tagged photos in the project database already represented my own particular take on the places I’d been. Why not just give up control over which of them should be shared with the world?

In practice, giving up control wasn’t so easy. I carved out some exceptions to the “closest photo” rule up front: I wouldn’t choose “photos taken in private spaces, photos of people I know, photos that are not of places (food etc.), and photos that are blurry or otherwise messed up.” It was “photos that are not of places” that ended up causing me the most angst, probably because it gave me a lot of wiggle room. Often I ended up skipping over some photos in favor of ones that conveyed the feeling of a neighborhood or city or country. And feelings are, you know, pretty subjective.

The selection process was also skewed by my desire to make people happy. If a photo came up that didn’t feel worthy of, at the very least, a spot on a fridge, it felt like a waste to get it printed and shipped to a faraway stranger. I wasn’t all that consistent about these approaches over the two years it took me to send out all the prints, so some selections were more rules-driven than others. But… curation happened. Sorry.

Some random thoughts I had while working on this project:

In addition to the gallery, you can explore the project photos on a map.

I’ve also posted a spreadsheet of the project data.

Many thanks to all the backers who made this project possible! I had a lot of fun with it.

About the author: David Gallagher is a photographer based in New York City. The opinions expressed in this article are solely those of the author. Gallagher is currently senior communications director at Kickstarter after formerly serving as deputy technology editor at the NY Times. You can find more of his work on his website, photoblog, Twitter, and Instagram. This article was also published here.

Trying TikTok Photography ‘Hacks’ to See if They Actually Work

This Microscopic Time-Lapse of Chemicals Crystalizing is Hypnotic