JP Morgan and Kenneth Merrill over at The Slanted Lens have put together an in-depth sensor size comparison that will definitely spark some conversation. They’ve compared medium format, full-frame, APS-C and Micro Four Thirds, in a side-by-side shootout—taking identical photos and making large prints to see how the image quality and dynamic range compares across formats.

The four cameras used for this comparison are the Hasselblad X1D II 50C, Sony a7R IV, Sony a6600 and Panasonic GH5, and all of them were set to capture the same scenes side-by-side using the exact same exposure settings.

For the first test of overall sharpness and detail, the cameras were equipped with ~35mm equivalent lenses, and captured photos at f/8, 1 second, ISO 200. You can see a few side-by-side crops from the video below: 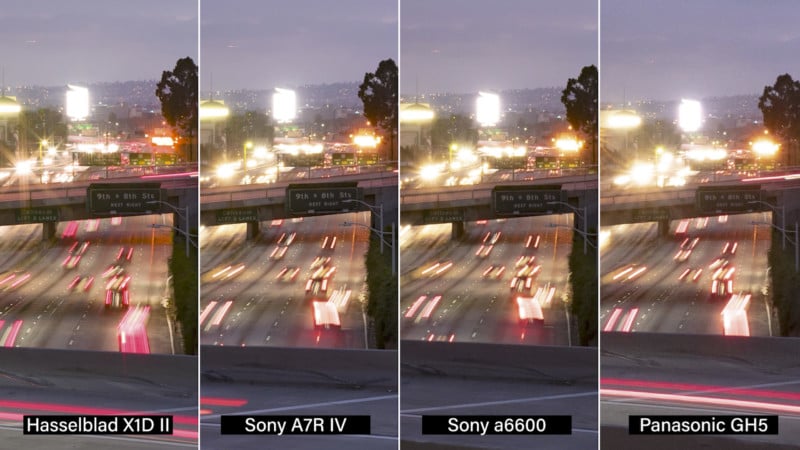 Then they moved on to a dynamic range, where they took portraits of Merrill indoors on a bright sunny day. The difference between the indoor and outdoor exposure is about 7 stops in this scene, and they took three sets of shots: metered for the inside (brightest), metered for the subject (balanced), and metered for the outside (darkest).

For the comparison, they took those 12 shots (three per camera) and ‘fixed’ the exposure in post, to see how much information each sensor was able to retain in both over- and under-exposed areas.

The “best case” scenario is the balanced exposure, where both the shadows and highlights are only off by about 3-stops each, making correction in post possible. Even then, you start to see a lot of noise on the shadow side of his face when you punch in: 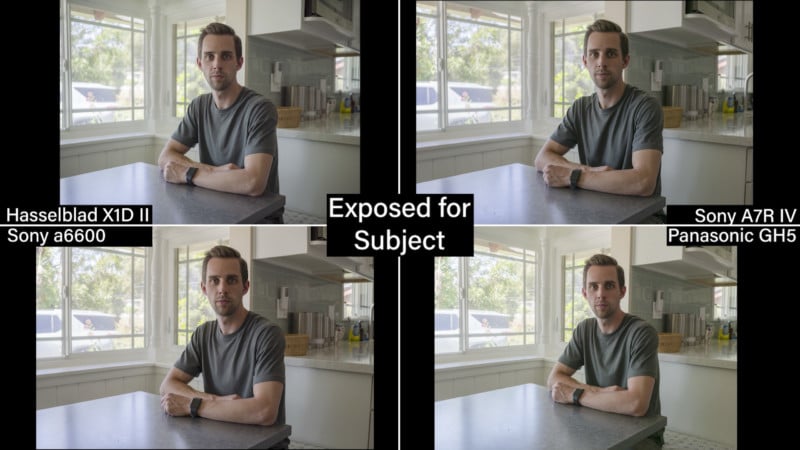 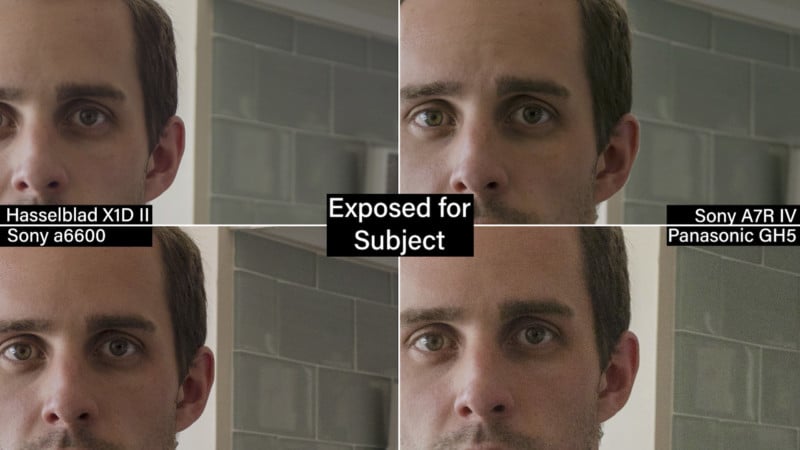 Morgan sums up their findings pretty succinctly at about the 11:30 mark, when he asks What did we learn? “I’ll tell you what I learned,” says Morgan. “I learned that it is exactly what you think it as gonna be […] the larger sensor is doing what you expect it to do.”

Of course there are compromises: speed, usability … price. But if you’re looking to capture the most detail, the most color information, and the most dynamic range, you can’t beat physics: when it comes to pixels, bigger is always better.

To see the full comparison and all of the results for yourself, including lots more 100% and side-by-side crops, check out the video up top. It’s not a perfect comparison by any means—using a 61MP Sony a7R IV was probably a mistake that put the “full-frame” category at an unnecessary disadvantage—but there are definitely some interesting takeaways.

This SLR Camera Was Made for Wildlife Photography a Century Ago