Earlier today, in a move that is either unexpected or a long time coming, camera accessory maker Manfrotto quietly launched two handheld 3-axis camera gimbals that will compete directly with products like the DJI Ronin, Zhyiun Crane, and the Gudsen Moza gimbals already well-established on the market.

We say “quietly launched” because the new Manfrotto Gimbal 220 and Manfrotto Gimbal 460 were, to the best of our knowledge, only “unveiled” on the Adorama Learning Center blog. Both gimbals are available for pre-order on both Adorama and B&H, but neither product shows up anywhere on the official Manfrotto website just yet.

It’s possible Vitec is just slapping the Manfrotto name and logo on some fairly generic 3-axis gimbals, but we’ll let you be the judge of that. Let’s take them one at a time. 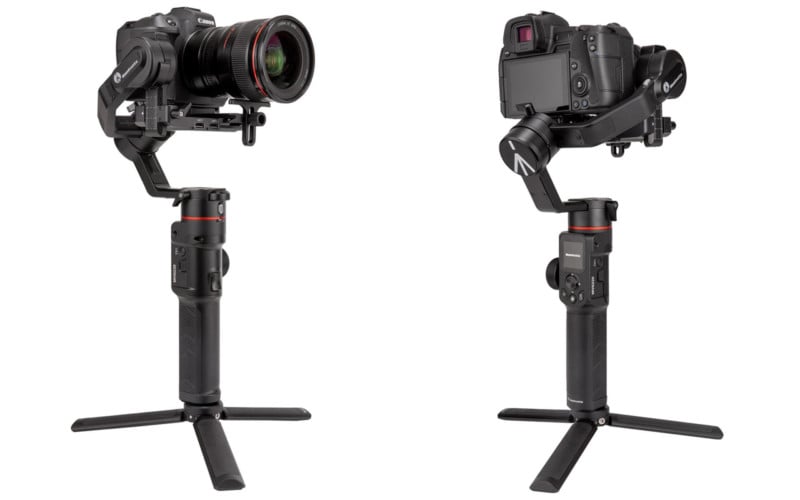 The Manfrotto Gimbal 220 is the smaller of the two options—similar to DJI’s Ronin SC vs the Ronin S. It features a maximum payload capacity 4.85 pounds, and is meant to be used with small DSLRs and mirrorless cameras.

Each axis can be locked, making balancing the gimbal a bit easier, and there’s a detachable arm that allows you to go from standard upright use to an “underslung” position. 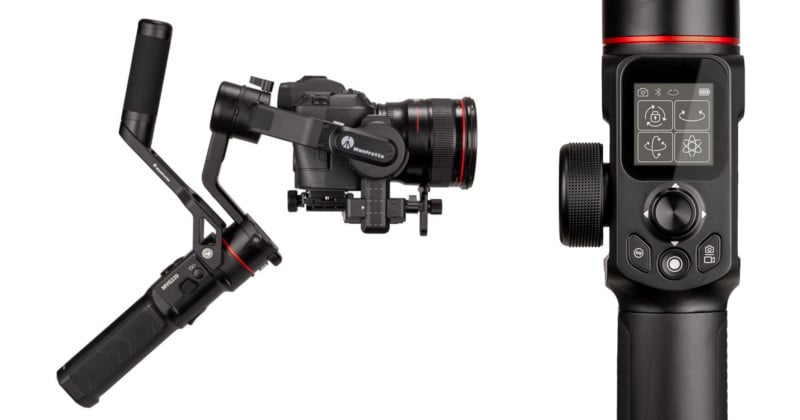 The gimbal is controlled using the usual triggers and buttons, or you can access its various modes like “Inception” and “TikTok portrait” (no… seriously) through the touchscreen LCD on the handle. According to the specs on Adorama, you can charge up the included battery in 1.5 hours to get 7 hours of “normal” working time, or 14 hours in standby mode.

The Manfrotto Gimbal 220 is available for pre-order starting today for $400 on its own (undersling arm included), or $500 in a “Pro Kit” that includes a follow-focus motor and all of the requisite attachments. No ship date is listed. 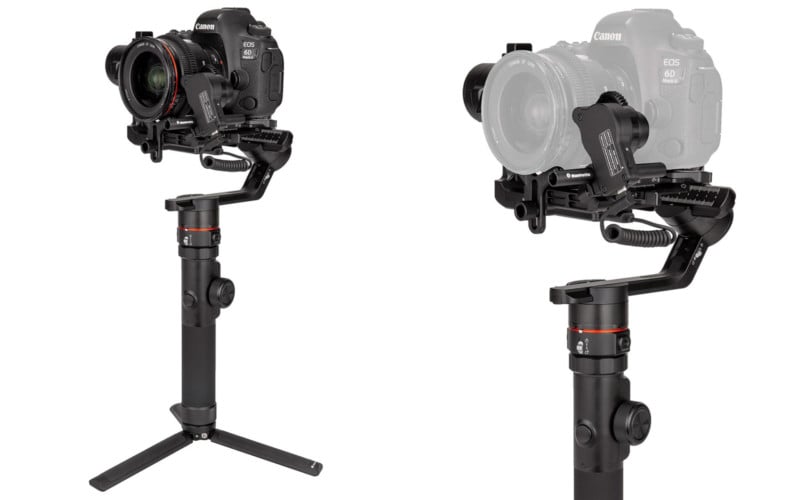 The Manfrotto Gimbal 460, as you might expect, is the beefier of the two options. It features a max payload of 10.14lbs, and is targeted at video shooters who are using large DSLRs or small cinema cameras.

Otherwise, the features remain largely unchanged. You still get a touchscreen LCD on the back, a detachable arm for shooting in an “under slung” fashion, lockable axes so you can balance the gimbal more easily, and all of the same pre-programmable “modes” for special shooting scenarios. 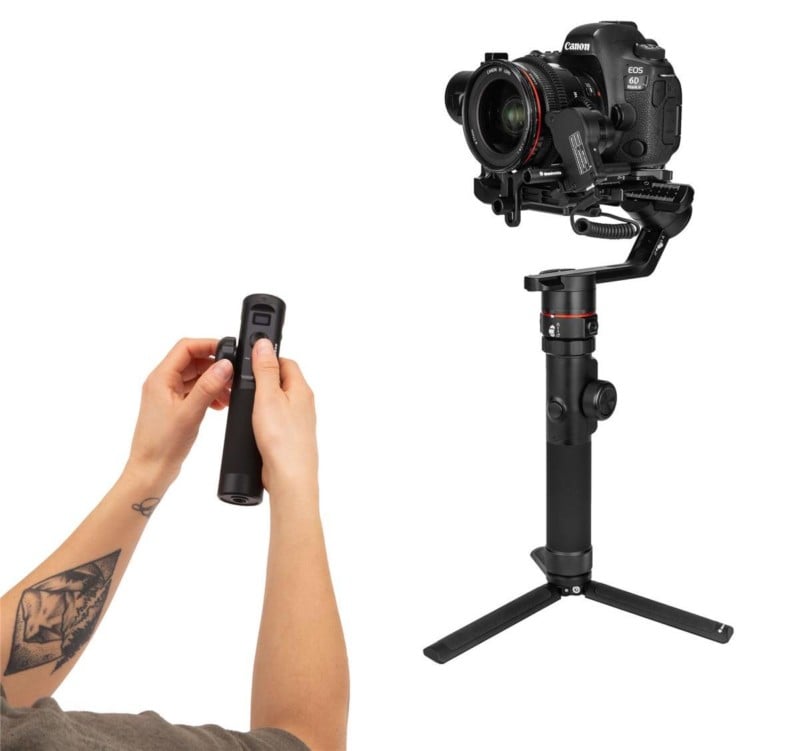 The other differentiator is that, as of this writing, the Manfrotto Gimbal 460 is only available in a “Pro Kit” configuration that comes with a follow-focus motor and remote control included. Also, the gimbal seems to use four cylindrical batteries with an external charger rather than a battery “handle” like the Gimbal 220, which might explain why charging time is 5 hours and expected battery life is 12 hours.

The Manfrotto Gimbal 460 Pro Kit is available to pre-order now for $750. No ship date is listed at this time. 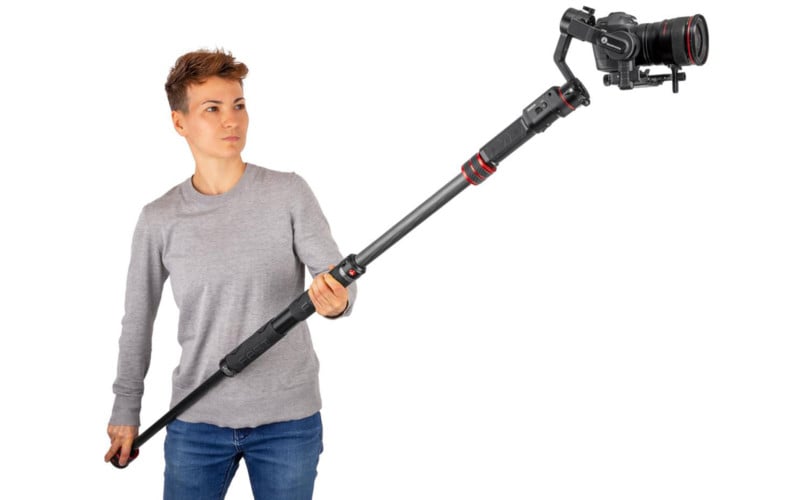 Finally, we have the Manfrotto GimBoom: an aptly named accessory that’s basically just an extendable boom arm that comes with both 3/8-inch and 1/4-inch screw attachments so it can work with a variety of gimbals and other accessories.

The arm itself is made from carbon fiber, with a twisting lock mechanism that can ostensibly be used one-handed. In use, the GimBoom can extend from 20 inches to a maximum of 45 inches and carry a payload of up to 14.3 pounds when fully extended.

It too is currently available for pre-order for a special ‘introductory’ price of $190. Ship date still unlisted.

This Guy Turned His Game Boy Camera Into a Functional Webcam