The team at Lensrentals just published Part 2 of their fascinating flange distance test, where they compared various Sony, Canon, and Micro Four Thirds stills cameras. What they found is particularly relevant to Sony shooters, or anyone with a camera that has IBIS.

In case you missed it, Roger Cicala and his team recently embarked on what they’ve dubbed “The Great Flange-to-Sensor Distance Article.” The point was to use their fancy new Denz machine to measure the flange-to-sensor distance of Cinema cameras, where variations could lead to issues with infinity focus. That’s what they tested in Part 1, and they found way more variation than anticipated.

But that’s cinema cameras. Since stills lenses don’t have a hard stop at infinity, there’s no point in testing stills cameras, right? Well, as Roger discovered when they tested them anyway: yes and no.

Part 2 was published just moments ago, and what they found was not what they expected to find. You can read the full breakdown on the Lensrentals blog, but here are some key takeaways:

This last point is the most dramatic, and it’s what Roger was referring to in the teaser at the end of Part 1. You can see a few of these fractures in the photos below: 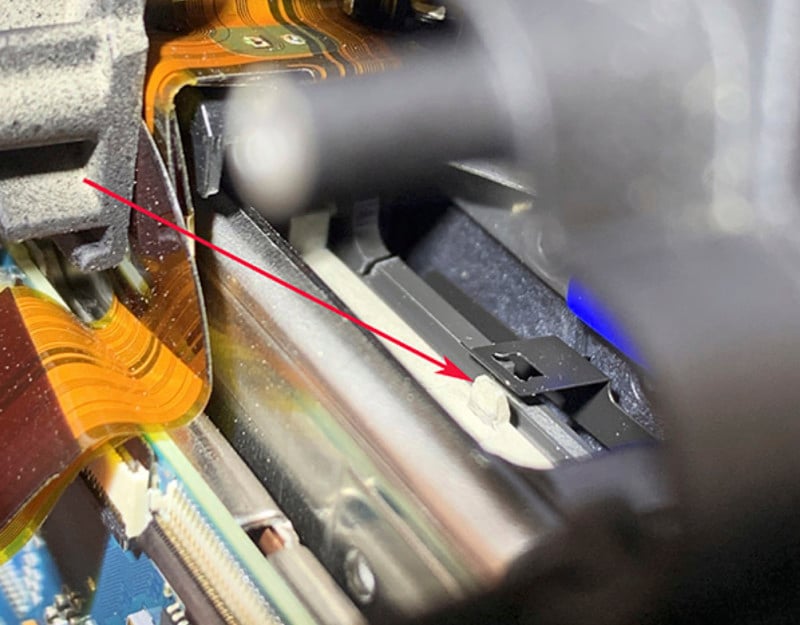 While “2% of Sony a7 cameras” might not seem like much, the fact that a piece of hardware is literally breaking inside this many cameras is problematic, and Sony has been notified.

As Roger explains, this might not affect your buying decisions, but it’s good to know all the same:

We have noted over the years that manufacturers are making IBIS units larger and sturdier. Looking at where most of these fractures occurred, I would guess maybe the sensor-to-IBIS mounts, which haven’t changed much, might need to get a bit sturdier on the next generation.

I wouldn’t avoid getting an IBIS camera because someday this might occur. IBIS is awesome and if it’s going to fail someday, well it’s still awesome until that day. […] Finding out they’re going to fail before they totally fail, though, that’s worthwhile.

To dive deeper into these findings, head over to the Lensrentals blog and check out the full write-up. At the very least, it’s a really entertaining bit of camera geekery; but these results could legitimately encourage camera makers to improve the build quality of the IBIS mount in future cameras.

If that’s the case, we should all probably thank Roger for conducting tests like this… just to see what happens.

Editor’s Note: Nikon, Fuji, Leica and others are missing from this comparison because the DENZ machine used to measure flange-to-sensor distance doesn’t offer these options.

Image credits: Photos by Roger Cicala/Lensrentals and used with permission.

This Incredible ‘MoonWalk’ Photo Was Captured in a Single Shot

Practical Steps for Wedding Shooters to Stay Safer During COVID-19