I’d never have thought that a trivial accessory like a humble camera battery charger could get me excited. But ISDT NP2 managed to do just that. What can I say? My life is rock-and-roll, champagne, and caviar.

Up until recently, I used a Hänhel Procube2 charger. I can’t say I was particularly happy with it even though it cost me a pretty penny. Procube2 does look classy and it’s solidly built. But its engineering quirks gradually became such a nuisance that I loathed using it.

First of all, switching charging plates is not very practical to begin with, but requiring a small release pin to do that is just bad engineering. It’s also pretty chunky, so it’s definitely not suitable for travel. And you need a dedicated power supply for it (as opposed to using a standard USB charger).

In short, it was an expensive mistake.

But I made my peace with it, and I wasn’t actively looking for a replacement. Until I stumbled upon ISDT NP2, that is. On paper, it sounded like an impossible dream: it’s small and powered via USB-C, it charges all Sony camera batteries, it supports fast charging, and it has a display (in color!) that provides a wealth of information. All of this for half the price of the Procube2.

I made an unforgivable mistake, though: instead of ordering it right away, I decided to sleep on it. To my utter dismay, I discovered the next morning that ISDT NP2 was sold out, with no info on when it will be available again.

Fast forward a few weeks. I was looking for an external USB SSD enclosure when I learned that ISDT NP2 was back in stock and shipping. I didn’t sleep on it this time around. While waiting for the charger to arrive, I perused what few, but overwhelmingly positive, product reviews I could find. Through them, I learned about a website with the charger’s manual and latest firmware. So the very first thing I did when the charger arrived was to update its firmware, which was a simple and quick process.

ISDT NP2 is made of lightweight plastic, and the device itself is surprisingly small. While it doesn’t feel particularly sturdy, its weight and size make it easy to carry around in a photo bag. And the fact that it can be powered using a regular charger with a USB-C connector (or a power bank for that matter) means that there is no need to schlep around a dedicated power brick just for use with ISDT NP2. 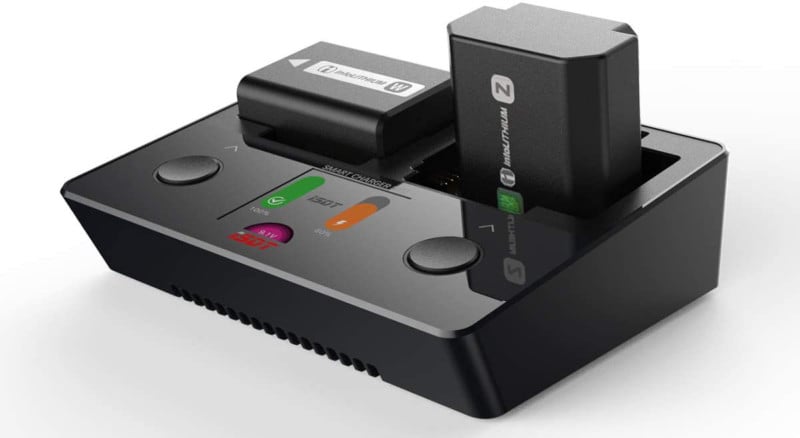 The screen is the real star of the show, though. The battery quality rating is particularly nice. I already knew that a couple of my batteries were in a bad shape, but rating them really helped to identify the ones that needed to be replaced. I’m not really sure how useful the rest of the info is, but having stats on the screen appeals to my inner geek. 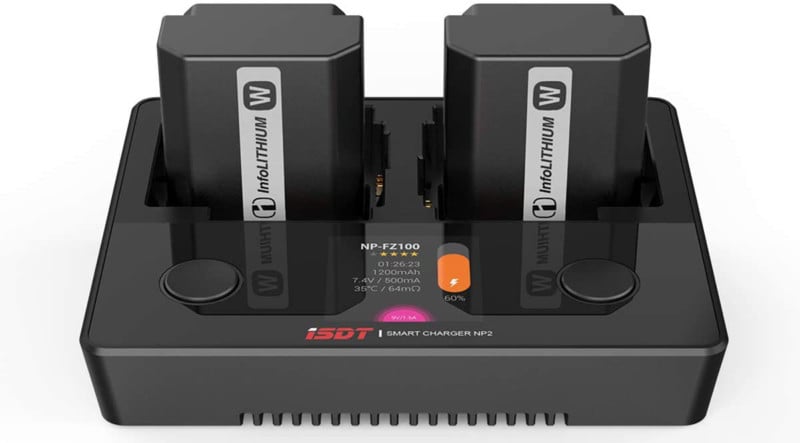 The charger beeps when you insert a battery, and when the battery has been charged. It’s a small but nice creature comfort that saves me trips to the charger to check on the progress. Another first-world problem solved.

I like displays and stats, but I’m not geeky enough to test how fast ISDT NP2 charges batteries. But to be perfectly honest, that’s not a major concern for me. I care more about the convenience of charging different batteries with a single charger without any fiddling. I don’t see any harm in having the fast charging option, though.

So if it hasn’t been already apparent, I’m excited about ISDT NP2. It might not be the best thing since sliced bread, but it’s the best damn charger I’ve ever had. I’m not sure whether it’s available for other camera models, but if you use a Sony Alpha camera, ISDT NP2 is a must-have.

By the way, is anyone interested in an almost-new Hänhel Procube2 charger for Sony? Asking for a friend.

About the author: Dmitri Popov is an amateur photographer and tech writer. The opinions expressed in this article are solely those of the author. Popov has been writing exclusively about Linux and open source software for almost two decades. In his spare time, he takes photos and develops simple open source photography tools and utilities. You can find more of his work and writing on his website, blog, EyeEm, and Getty Images. This article was also published here.

How to Add Believable Snow to an Image in Photoshop