Composition is one of the most important factors in creating impactful and memorable photos. It doesn’t matter how fascinating the conditions are; images that lack a solid composition are less likely to be remembered.

Landscape photography has changed a lot during the last years and it might even be fair to say that the term has become too broad, as there are many sub-genres and styles within it. However, impactful images all have one thing in common: they tell a story.

Images that get the most attention online often consist of what I refer to as the ‘wow-factor’. These images typically rely on a dramatic landscape with dark red skies or dreamlike conditions. Successful images in this genre are amongst the most impressive images in landscape photography but the majority of them don’t do more than make you stop for a few seconds.

Then there are the subtle images; images that typically go less ‘viral’ but make you come back again and again. These are the types of image that you’d like to have hanging on your wall and that reveal just a little more of its story each time you look at it. 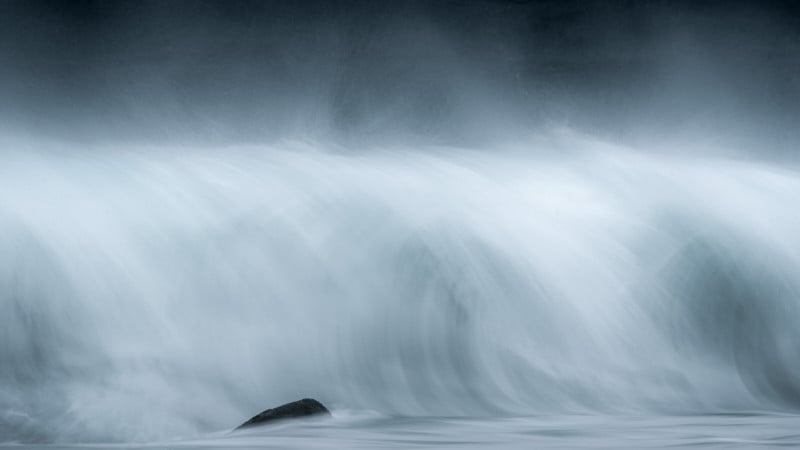 While there’s an abundance of great images within both of these genres, it’s often the subtle ones that are considered most impactful and memorable, perhaps even powerful. I know I’m generalizing a bit but these images rely less on ‘epic’ light conditions and more on the compositional skills and vision of the photographer.

So how can you create more impactful images?

That depends. At the end of the day, it depends on your vision and style of photography but here are some pointers to get you started:

#1. Introduce Depth into Your Photos

Giving a three-dimensional feel to a two-dimensional frame is one of the greater challenges of photography but it’s a great way to invite the viewer into the photo. When done well, it can help separate great photos from the rest. 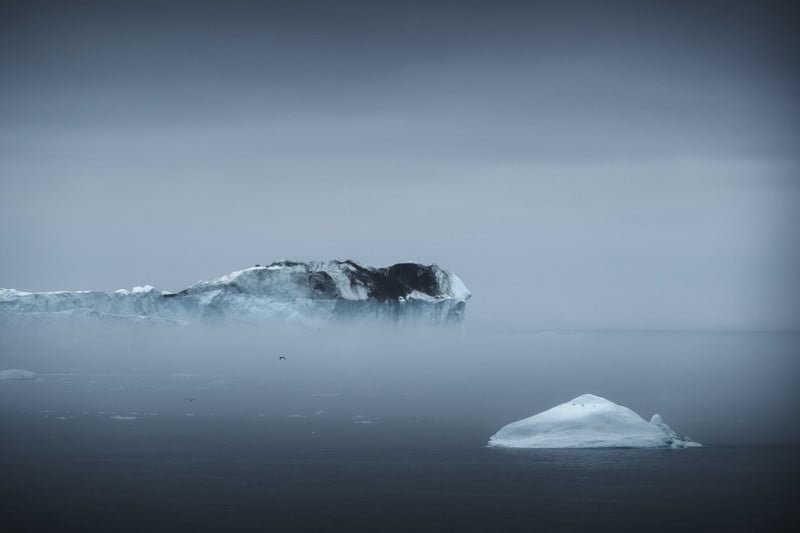 There are many methods and techniques to introduce depth into your photos but which to apply depends on the scene, subject, and vision.

Compositional techniques such as leading lines are great to create depth, especially when using a wide-angle lens. The lines don’t need to be very visible and could, for example, consist of foreground elements leading in towards the main subject of the photo.

Photographing through objects while using a shallow depth of field is another powerful method of creating depth. A medium-range or zoom lens is often ideal for this technique but wide-angle lenses can also benefit from this to take a more ‘extreme’ approach to compositions.

Introducing depth is an important step to capturing more impactful images, regardless of the technique or approach you follow.

#2. Isolate Elements in the Frame

Who doesn’t love standing in front of an incredible landscape? That’s why we’re into landscape photography right? For the love of the landscapes?

It’s understandable (and perhaps in our nature) that we want to show the magnificent landscape in its entirety but it’s rarely the best solution. Including everything becomes too much and results in the composition being lost in the process.

That’s why you benefit from isolating only a few elements and focus on them instead. 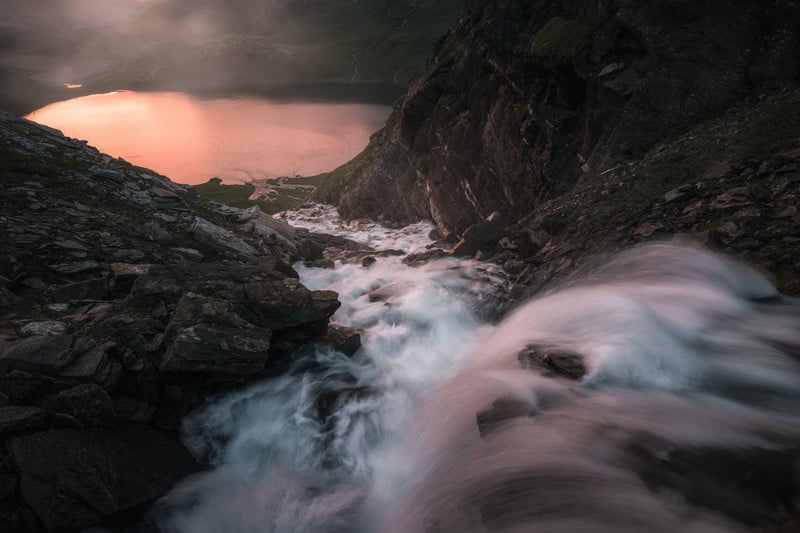 Take the image above as an example. The entire scenery was stunning and, as you can see of the reflecting color in the water, the sky was just as impressive. However, the composition and image become messy when including the background mountains and the sky. It was simply too much and there wasn’t any place to rest the eyes.

By isolating the waterfall and lake it becomes more simple but also more impactful.

Removing elements that don’t add to the photo gets the viewer to create their own story around the image; this can lead to them coming back to your image over and over again.

#3. Use Color Adjustments for Better Compositions

It’s no secret that color is important in photography, either it’s highly saturated or black and white. In fact, using colors correctly can be one of the most effective ways to create more impactful images.

I’m not going to go too much into color theory (as it’s an incredibly complex subject) but it’s a topic that you should study and make yourself familiar with. Learn how colors work together and how you can adjust the colors and their saturation in order to guide the viewer through an image.

This can be done either in the field or in post-processing, or both. The best way is to get a good foundation in the field and later exploit it to its fullest in a photo-editor.

The use of light is another key element of creating more impactful images.

It’s often said that landscape photographers should restrict themselves to only photograph during the Golden Hour as this is when the light is soft and ‘at its best’. While this certainly is a good time to catch soft light, it’s far from the only time you can capture images with good light.

Good light can be found at any time of the day. It all depends on what you’re photographing and how you’re attacking the light.

Take the image below as an example. This was shot mid-day on a partly overcast day. 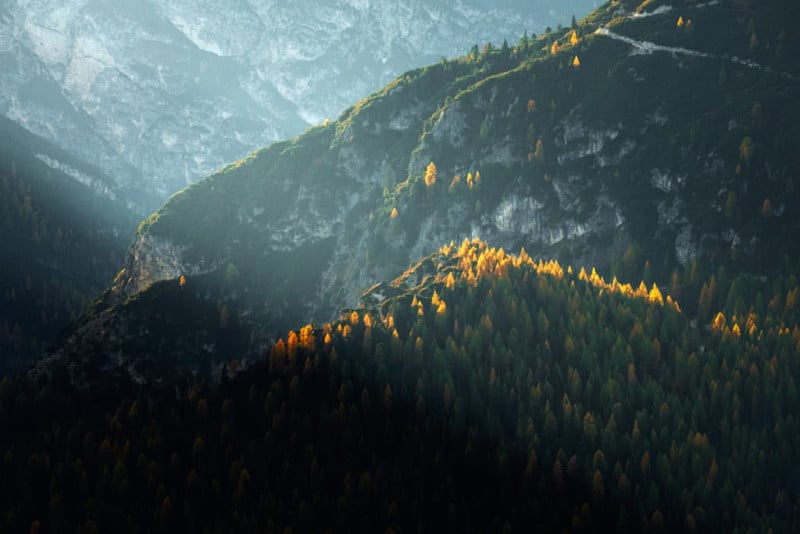 The scene had a beautiful light even though there was no colorful sky or colorful sidelight. It wasn’t anything else than the sun, high on the sky, breaking through some clouds and lighting up a small section of the landscape.

If that image had been captured only a few minutes before or after, it wouldn’t have been nearly as interesting. Why? The light was gone and all we’re left with is a flat photo.

My final advice to capture more impactful images might be the most important of them all (despite one often being neglected): shoot for yourself and only what you’re inspired to.

Certain types of images tend to get more attention online so it’s no surprise that many forget to connect with their surroundings and instead end up ‘copying’ or imitating popular images. It certainly can be a nice little ego boost to see the likes increase but images that are shot with the intention to get more likes are rarely as impactful as those where the artist has a connection with the surroundings. 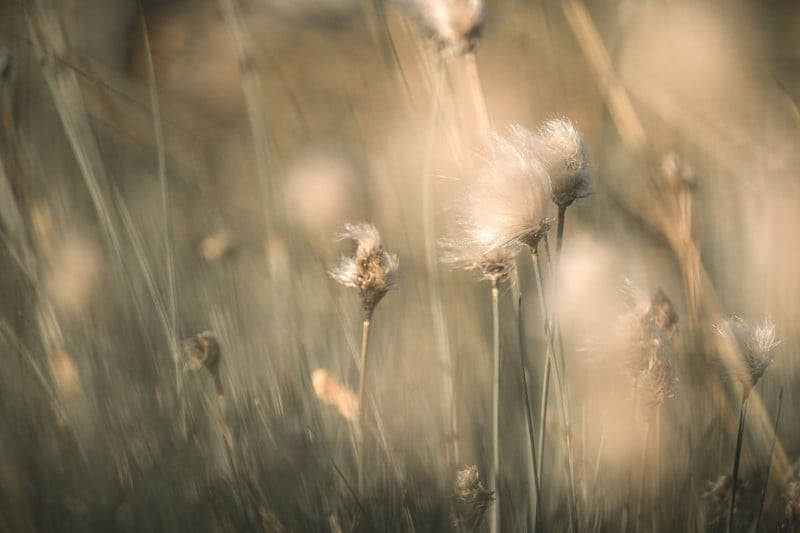 I’d argue that connecting with the landscape is going to improve your photography in general; it forces you to slow down, appreciate the surroundings, and take a closer look at it. You become more analytic in your approach to the composition and will quickly learn how to better convey a scene.

Imitating successful shots can be helpful when you’re learning the fundamentals but you’ll learn so much more by going out looking for what inspires you.

About the author: Christian Hoiberg is a full-time landscape photographer who helps aspiring photographers develop the skills needed to capture beautiful and impactful images. The opinions expressed in this article are solely those of the author. Download Hoiberg’s free guide 30 Tips to Improve Your Landscape Photography and open the doors to your dream life. Hoiberg is also the founder of CaptureLandscapes. You can find more of his work on his website and Instagram. This article was also published here.