Martin, the host of about photography, has put together a timely and inspiring ode to the work of photographer Harry Gruyaert—a master of his craft and Magnum photographer whose approach to using color, and his passion for photography in general, is worth studying, admiring, and emulating.

In the video, Martin spends half the time sharing Gruyaert’s personal history and his approach to photography and to life in general. This first half is best summed up at the end of one interview clip when Gruyaert says, simply enough:

You could stop the video at that point and be fine; you’d walk away inspired to go out and shoot what you love, your passion for photography reinvigorated. But the actual subject of this short doc is Gruyaert’s use of color, which is Martin’s focus in the second half.

He highlights all of the various ways that Gruyaert takes advantage of complimentary colors, color triads, analogous color combinations, and even some monochromatic compositions to generate a specific mood or pull his viewer exactly where he wants them.

No color is wasted, and it really feels like every image leads with its color palette—whether it’s striking (see above) or purposely muted and calming (see below). 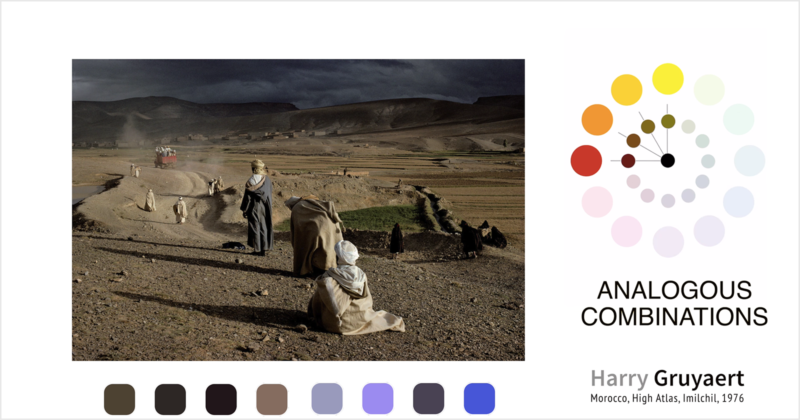 And we’re not guessing here, Gruyaert himself admits to putting color “first” when he shoots:

“In black-and-white, I have more direct relation to the people that I photograph,” says Gruyaert in one interview clip. “If you work in color you have to compose differently. If you shoot in color it has to be the first thing.”

Check out the full video up top for a solid dose of inspiration going into the weekend. If you’ve never seen Harry Gruyaert’s work, you’re in for a treat; but even if you have, the tidbits of wisdom straight from the man himself that are included in this short doc are priceless.

The Nikon D6 Will Officially Ship in Two Weeks