As June nears its close, we get one more confirmation from a reliable source that Canon is about to reveal a whole lot of new products in July. Nokishita has published a list of every product currently on Canon’s internal “Coming Soon list.”

The list, published by Nokishita on Twitter, is mostly identical to the list of products that Canon Rumors published last week, but there are a few additional details and three lenses missing. 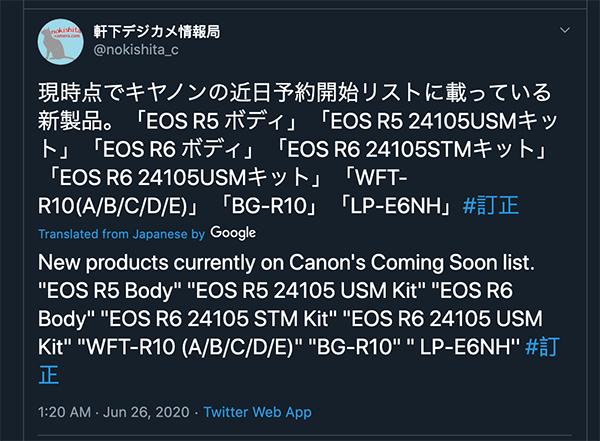 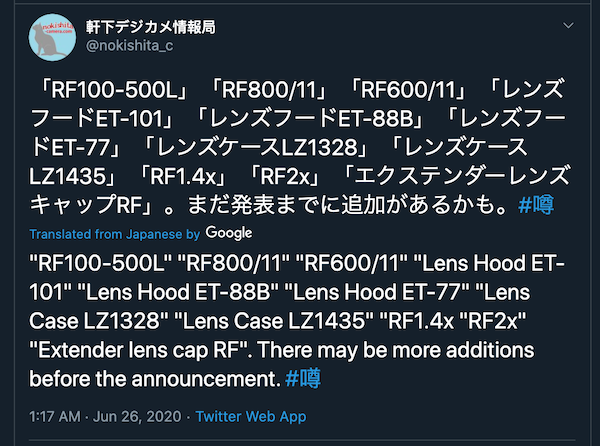 Notably missing from this list are the RF 50 f/1.8, RF 85 f/2, and RF 70-200mm f/4L IS, which either means they will be announced later, or they simply haven’t been added to the list yet. Canon Rumors points to the possibility that these lenses will simply be “development announced” or added to the RF lens roadmap, without an official announcement just yet. We’ll just have to wait and see.

Regardless, the list above all-but-confirms what we’ve been hearing for some time: Canon is going to release two cameras and several RF lenses very soon.

A Good Start That Will Get Better

Nikon Only Has 7.5% Share of the Mirrorless Market: Report

New Service Wants to be the Spotify of Photography