Fujifilm is somewhat known for not launching any updates until it has a list of major enhancements, and the 4.0 launch appears to follow that pattern. The new firmware for the GFX100 will launch a year after the last major update and contains some significant improvements including updating of the autofocus (AF) system to bring the GFX100 to the same level of the GFX100S, as well as coordinated control of the in-body (IBIS) and optical image stabilization (OIS), new “nostalgic neg” film simulation, and much more.

The 4.0 firmware available this June will include a boosted AF speed, improved face/eye-detection performance, and enhanced AF tracking and accuracy for all modes including the capture of movement. The IBIS and OIS will now work together to enable the optimum correction based on the amount of camera shake and frequency of the gyro sensors. Below are additional updates and improvements:

As an important note, Fujifilm states that since the menu structure and many core functions have been changed or renamed in this upcoming release, many of the settings you may have customized will likely revert back to a factory default setting. 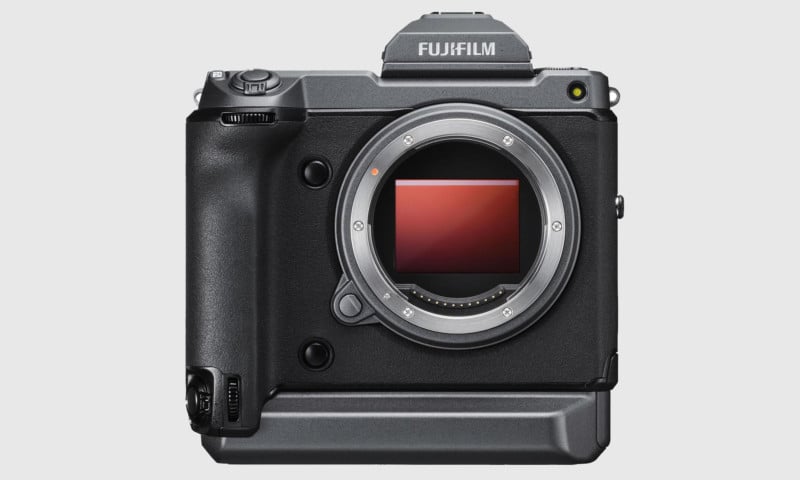 Fujifilm has announced these changes but the updates will not be available to download and install until June.

However, the SDK and Pixel Shift Combiner are available to download now. The 1.2.0.2 Pixel Shift Combiner will now support the Pixel Shift Multi-Shot function and adds a new “accurate colors” option to produce 100MP images with no false colors. Additionally, the software will let you check the combined RAW file details before processing, and automatically detect any errors when the images cannot be correctly combined due to issues such as camera shake, effectively speeding up workflow.

You can download the Pixel Shift Combiner software here and those interested in the new Digital Cameara Software Development Kit can do so here.

This AI Generates Photos Using Only Text Captions as a Guide