If the sheer number of Instagram bots with profiles that read “buy 5,000 likes RIGHT NOW!!!” are any indication, selling fake likes, followers, and comments on Instagram is big business. But it’s also risky, as one fraudster from Belarus is finding out first hand.

In a statement posted yesterday, the social media giant announced that Facebook Inc. and Instagram LLC are suing a man by the name of Nikolay Holper in federal court for selling “fake engagement” through a service called Nakrutka, which is still live as of this writing. According to Facebook’s statement:

Holper used a network of bots and automation software to distribute fake likes, comments, views and followers on Instagram. He used different websites to sell fake engagement services to Instagram users. We previously disabled accounts associated with Holper and his service, formally warned him that he was in violation of our Terms, and sent a cease and desist letter.

According to court documents obtained by PetaPixel, Holper operated under various websites including “Instagram.by” and “Nakrutka.cc.” On these sites, you could sign up to purchase followers, likes, comments, and views, and the tag lines didn’t mince words… Nakrutka is currently topped by the tag line “Instagram Boost,” and court documents show another that reads “Cheat Instagram” in the same font. 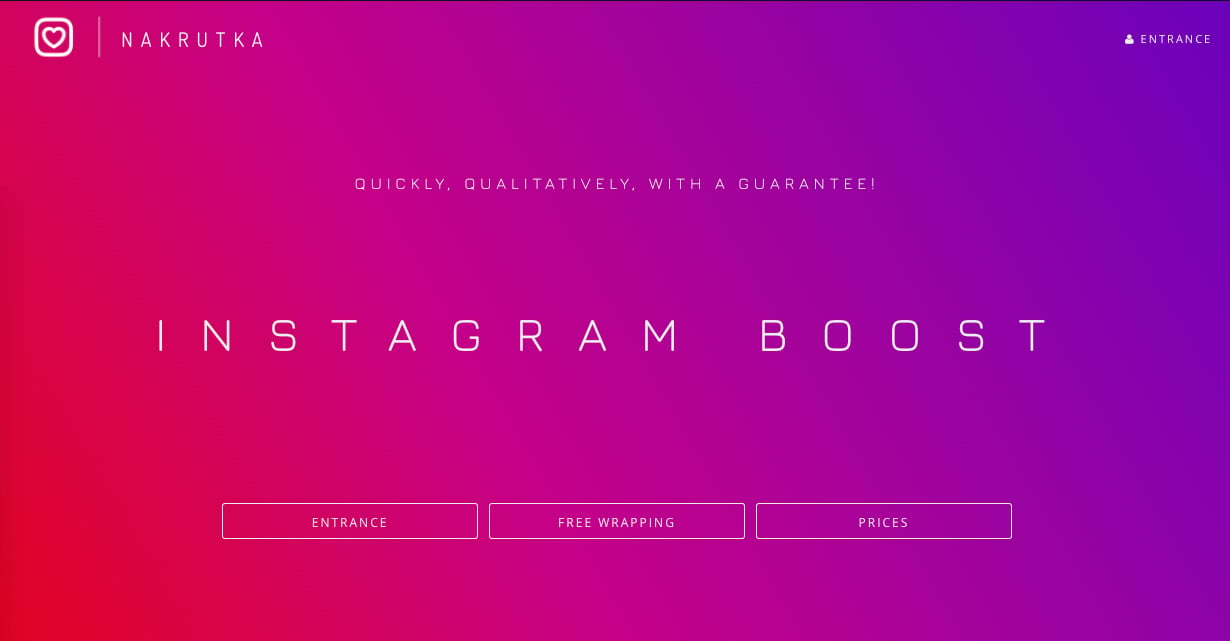 According to the court documents and the pricing structure found on the Nakrutka website, pricing varied depending on the quality of the bots being used, with price-per-transaction maxing out around 1,700 rubles (~$23). Using these services, Facebook says that Nakruta’s Instagram accounts were responsible for over 8 million fake likes over the course of just two days.

Facebook even shares a specific example, pointing to a brand new user who received 10,000 likes “within minutes” after posting a black-and-white photo of a goat to an Instagram account that had no followers.

“At least five other Instagram users purchased likes from Defendant on the same website and posted the same photo of a goat on their respective Instagram accounts,” continues Facebook. “Although these accounts had no followers and the photos had no comments, the photos received between ~3,000 and ~10,000 likes within minutes.”

You can read the full complaint below:

In all, Facebook and Instagram are going after Holper for all he’s worth (and then some). The Request for Relief is seeking a judgement on 8 separate counts, a permanent injunction that would prevent Holper or any associates from using or interfering with FB and IG ever again, compensatory, statutory, and punitive damages, damages for trademark infringement, and $100,000 in statutory damages per infringing domain name.

Whether or not this goes anywhere is another matter entirely. According to the court documents, Holper is a resident of Minsk, Belarus, so it’s unclear what the lawsuit—filed in the US District Court for the Northern District of California San Francisco Division—will be able to compel Holper to do.

Still, it shows that Facebook and Instagram are serious about going after people who abuse the service and try to take advantage of its users… not that this will stop people from trying.

Nikon Officially Launches Webcam Software for Both Mac and Windows