A few months back, the guys at The Slanted Lens posted a video comparing the performance of various sensor sizes and it… didn’t go well. The comments were filled with complaints (valid and otherwise) about how they’d handled the test, and so they decided to address some of those concerns and run a whole new test.

The question they’re trying to answer is, ultimately, the same: “Does sensor size REALLY matter?” Doing multiple tests where they both did, and didn’t, take equivalence into account, and using high-quality lenses on every camera this time, they went out to see how each sensor size performs IRL.

The cameras/sensors tested are the medium format Fujifilm GFX 100, the full-frame Sony a7R IV, the full-frame Canon EOS R, the APS-C Fujifilm X-T4, and the Micro43 Olympus OM-D E-M1 Mark III. You can see all the contestants listed by sensor size in the graphic below:

The primary changes from the last video—which you can see here—are as follows:

There are some really interesting questions tackled, especially where equivalency is concerned. One of the arguments against the last video is that you needed to shoot the photos so that you’re capturing an equivalent amount of light with each camera, but this requires purposely crippling the larger sensor models. Does that make the larger sensor “better,” or just more convenient?

They also re-did their dynamic range test, and tried to see what (if any) difference having a higher resolution sensor of the same size will have on both the dynamic range and the low-light performance of the resulting images. 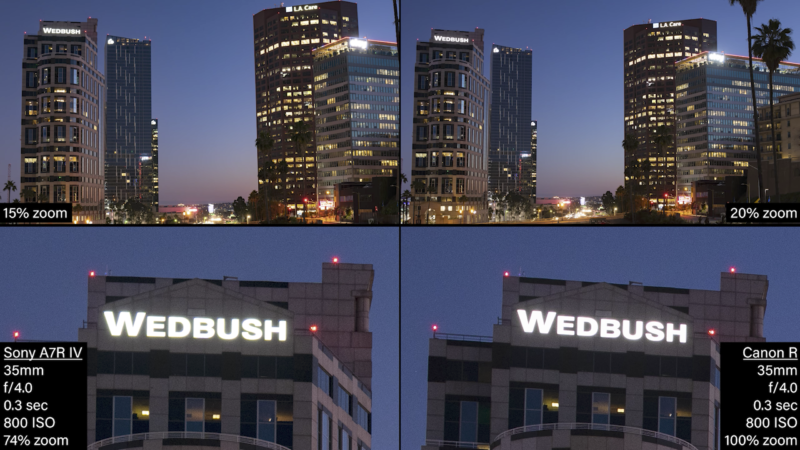 Jay and Kenneth do their best to tackle this subject (again) without leaving nearly as much room for technical criticism. There’s too much covered in the video to summarize it all here, but check out the full 14-minute comparison to see all of their sample images, plenty of 100% crops, and some detailed discussions on the optical dynamics at play.

And, of course, if you spot any major technical goof-ups, feel free to drop them in the comments. Clearly the duo are listening and willing to admit when they need to try again.

This is How the Canon RF100mm Macro Bokeh Control Ring Works

dubblefilm SHOW is Like a Reusable Disposable Camera of Old