When Sony first started producing full-frame mirrorless cameras, the leading manufacturers at the time pretty much sneered at it. Ricoh, for example, still seemingly believes that DSLRs are due to make a comeback and that mirrorless cameras are just a fad. With how the industry has been progressing, it’s clear that mirrorless is the future and Canon is probably the company to rule.

For months, rumors had been circulating regarding what the Canon EOS R5 and R6 were going to be. The first few rumors that came out about the Canon EOS R5 seemed utterly ridiculous at the time. Many of us thought there was no way a company like Canon, would ever release a camera with such incredible video features.

I mean this is Canon, the same company that produced the 5D Mark IV with its cripplingly cropped 4K video features. Yet here we are with the newly unveiled cameras from Canon, and they seem brilliant.

For the last few years, many people had complained about Canon and its supposed unwillingness to compete with the rest of the market. Canon produced several cameras that some have described as being hit with the “cripple hammer”. It felt as though Canon had been intentionally holding back features, in order not to infringe on any of its other product offerings. Video features were the main area where people were deeply dissatisfied.

The Canon 5D Mark IV is a good example of a camera that’s been hit with the “cripple hammer”. The opportunity was there for Canon to produce a camera that could shoot 4K video conveniently, unfortunately, that is not what happened. Instead, we were left with a camera that produced bloated files from a sensor that was heavily cropped. 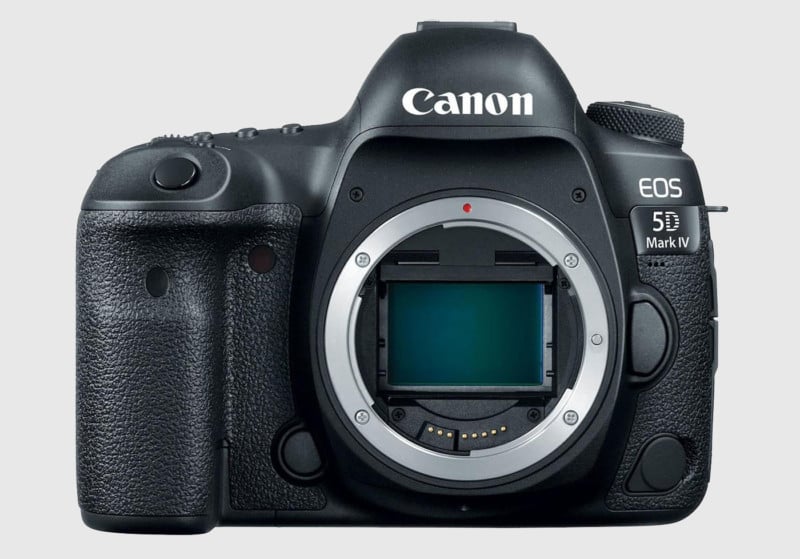 There are some rumors suggesting that Canon was simply unaware of how popular video features were among creatives. If this is true, then it demonstrates how little Canon was listening to its customers at the time.

It’s taken a long time, however, it seems we’re moving on from that now and Canon is starting to bring its A game.

Ahead of Its Time

A couple of years ago, before Canon released its first mirrorless camera, I wrote an article talking about how Canon would remain on top. We’re now seeing why that will be the case.

The latest cameras unveiled by Canon have incredible features that you would normally find described in an April Fool’s post — except this time it’s for real. At the beginning of this year, most of us probably did not imagine that we’d have a full-frame, 8K raw capable camera, by now, yet here we are. This leap in technology is fantastic for several reasons, but for Canon, it means that it will likely cement its place back on top.

Sony has been making a lot of ground over the last few years with its mirrorless cameras, and this has seemingly put that fire back in Canon. We’re now seeing a company that’s gunning for the top spot and isn’t planning on holding anything back.

What Canon has done with its latest release is produce something that could be used for years to come without feeling dated. This kind of resolution is way more than what most people need or even wanted. 8K raw video is so ridiculous that Canon doesn’t even have a proper cine camera with that feature in yet.

The price point for this camera is also incredible. At less than $4,000, it’s currently the least expensive camera on the market… by a significant margin. Even Z-Cam, a company known for producing inexpensive cine cameras, doesn’t have something as inexpensive as this — especially when you consider the cost of a full cinema set-up.

Of course, it’s important to note that cinema cameras with full-frame 8K raw video have some very notable advantages. Therefore, comparing the two is somewhat awkward, but the price point is still impressive.

Why 8K Is Big Deal

Being able to shoot video in 8K is probably overkill for most of us. I have no desire to film in 8K anytime soon and probably not for the next 5 years. The true benefit of the EOS R5 is how it impacts the whole industry. This single feature has the potential to drive the industry forward with a great deal of momentum.

Other manufacturers will want to remain relevant and compete. If they’re not planning on competing directly by producing their own full-frame 8K camera, then they will likely have to produce more compelling options at lower price points.

Essentially, these new releases from Canon have the power to drop the cost of high-quality 4K cameras; both in terms of buying the devices and running costs.

The EOS R6 Is the Real Deal

As good as the EOS R5 is, the R6 is significantly better value for money. My guess is that the EOS R6 will have a far greater impact on the creative market than the R5 ever will. This is primarily due to the specs and price of the camera. Sure, the R5 is clearly better in almost every regard, but many of the features are completely overkill for most people. 8K is a wonderful feature to have, but for the most part, it’s pretty inconvenient right now.

The EOS R6 has a similar sensor to Canon’s flagship camera, the 1D X Mark III. Looking at the more recent ratings this sensor received, the R6 may have a very capable sensor. Both the low light performance and dynamic range are exceptional in the flagship, therefore the R6 could have some of the best at this price point. The huge 1,000-frame buffer, alongside the burst rate, is simply incredible at this price point.

The R6 is currently the only camera on the market that shoots full-frame 4K 60p, 4:2:2, 10-bit internally. Once again, the price point of this camera makes it even more of a compelling option.

The EOS RP was the first super affordable full-frame camera that any manufacturer had produced. Canon is now offering a camera that is better value for money than pretty much anything else on the market.

One of the things Canon did early on was to produce high-quality lenses for its mirrorless system. Canon has produced what can be comfortably described as some of the best lenses on the market. The RF 85mm and 50mm lenses sit in their own league when it comes to performance. The RF 28-70mm f/2.0L lens is possibly the best all-rounder lens ever made (if weight is not an issue for you). There is nothing like this lens from any other manufacturer right now, and lenses generally make far more of a difference than a camera body ever can.

The other thing to consider is that Canon has the widest range of lenses available for its EF mount; all of which are properly compatible with its new RF mount cameras. There is no doubt that Sony has a wonderful and growing selection of lenses, but Canon still has the advantage.

There are whole market segments that are essentially missing due to the lack of lenses from Sony. Architectural photographers, for example, have no native tilt-shift lens options available from Sony. Some photographers may choose to adapt to their Sony cameras, but the results are never quite as good as shooting natively.

There is also the fact that Canon has produced native adapters that can allow for more interesting and useful features such as drop-in filters and extra control dials.

Will Overheating Ruin These Cameras?

Will overheating ruin these cameras? In short, probably not. One of the reasons why Sony was impacted so heavily by the overheating issue was because it was the customer base that found out about it. Customers bought Sony cameras and then felt cheated afterward because the camera did not perform the way they expected. For Canon, that’s not the case.

Canon is being completely upfront about the potential for overheating and has also provided potential time limits before overheating could occur. This means customers are fully aware of any problems and can either accommodate for it or simply avoid the camera.

There are other things to note too. For one, most Canon customers are photographers first. The addition of high-quality video is a bonus. Also, even among those that are primarily interested in the video features, chances are they probably won’t have any major issues when it comes to the overheating.

I used the Sony a7R II and the a6300 for more than a year without any major issues. For many use case scenarios, overheating in the EOS R5 probably won’t ever come up as a problem, and if it is a concern for you, then Canon has already made it clear.

Finally, it is important to remember that these are stills cameras offering some video features that are beyond many similarly priced cine cameras. Considering that, overheating as a compromise is worth it.

For a lot of Canon shooters, the lenses available for the RF mount were quite enticing. The only thing that was preventing them from making the switch was the lack of great camera bodies. Sure, cameras like the EOS R and RP were great options considering their respective price points, however, they just did not have that wow factor to draw enough customers.

What Canon now has is an incredible system overall, both for video shooters and photographers.

The Otherworldly Beauty of Ilulissat, Greenland