If you’re a photographer considering a new 13-inch MacBook Pro, there are lots of reasons why you should go with the higher-tier model, but Apple just gave you one more. Over the weekend, the price to upgrade the RAM on the base-model from 8GB to 16GB went up from $100 to $200.

The price increase was originally spotted by MacRumors. On Friday, the price of a RAM upgrade from 8GB to the maximum of 16GB on the base model was $100.

As MacRumors points out, it’s highly unusual for Apple to adjust pricing so soon after launching a new product. But while most are speculating that this has something to do with supply chain issues caused by COVID-19 or a cost increase being passed along to consumers, there may be a simpler explanation.

The price to upgrade the RAM from 8GB to 16GB has always been $200. This was the case with other Mac products like the MacBook Air and the base-model iMac as well, even before this price change. And it was the case with the base model 13-inch MacBook Pro before the new model was announced last month, as you can see from this snapshot from March 11th, courtesy of the Internet Archive: 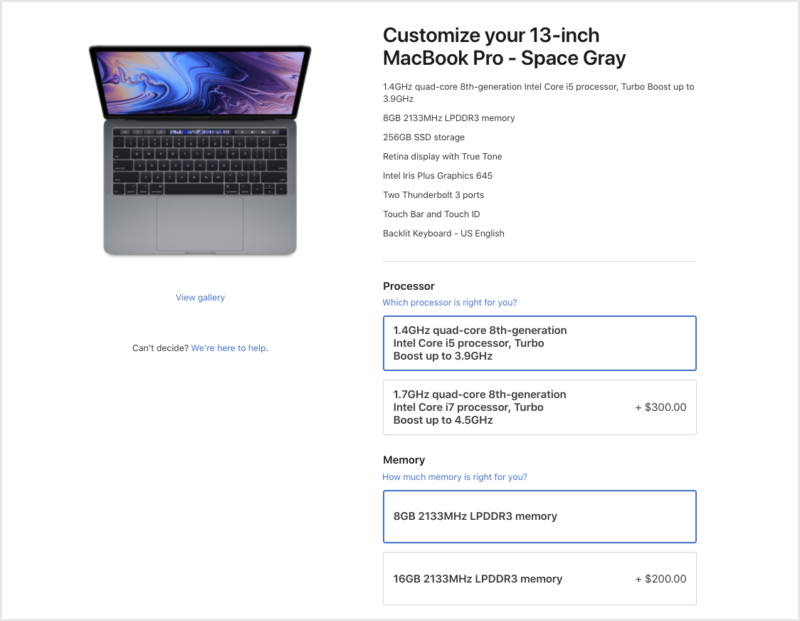 As such, this weekend’s price change looks more like a “correction” than a price “hike.” And while nobody noticed that (up until this weekend) it was actually cheaper than ever to upgrade the RAM on the base model 13-inch MBP, everyone noticed when the price went up.

That’s not to say Apple doesn’t overcharge for RAM upgrades. They do. RAM and Storage upgrades have been and continue to be painfully expensive when purchasing a new Apple laptop, which can’t be upgraded after the fact. But this particular change doesn’t seem to be a price jump… it’s just par for the course.