Sydney based aerial photographer Brad Walls recently ventured into the world of sports photography, to see if he could capture a unique perspective on sports like Gymnastics, Tennis, Figure Skating, and Synchronized swimming.

The project began last year. Walls was inspired by some of the top-down aerial photography that’s been so popular in recent years, and decided to try and apply that same style to a few Olympic sports in preparation for the 2020 Olympic Games in Tokyo. Obviously things have changed some in the interim, but the project went ahead anyway.

The goal was to capture “low-elevation” aerial photos of athletes that would fall into what Walls refers to as “the aerial portriat ‘sweet spot’”—too high for a hand-held camera but low enough to still be able to make out fine details. So far, he’s tried his hand at capturing synchronized swimming, gymnastics, tennis, and ice skating, because he thought that these would be the most “aesthetically appealing” from above.

He also wanted to “provide a new perspective to sports which have little coverage outside the Olympic season.” Scroll down to see what he’s captured so far: 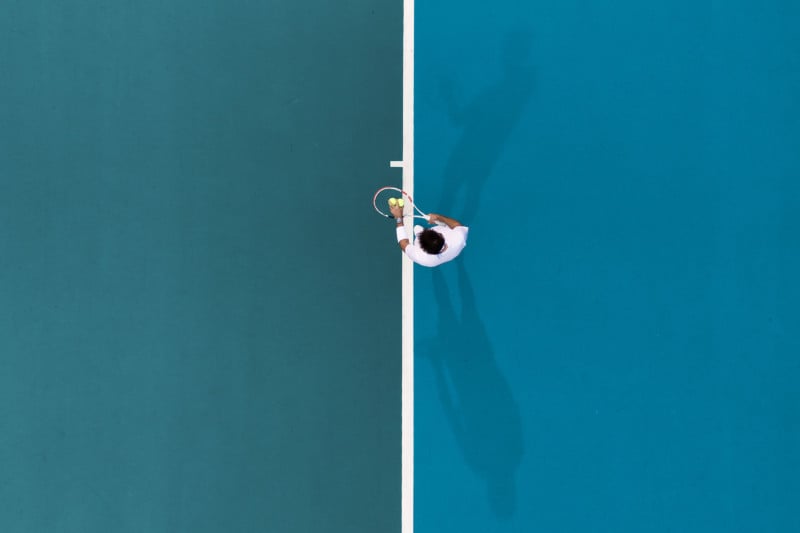 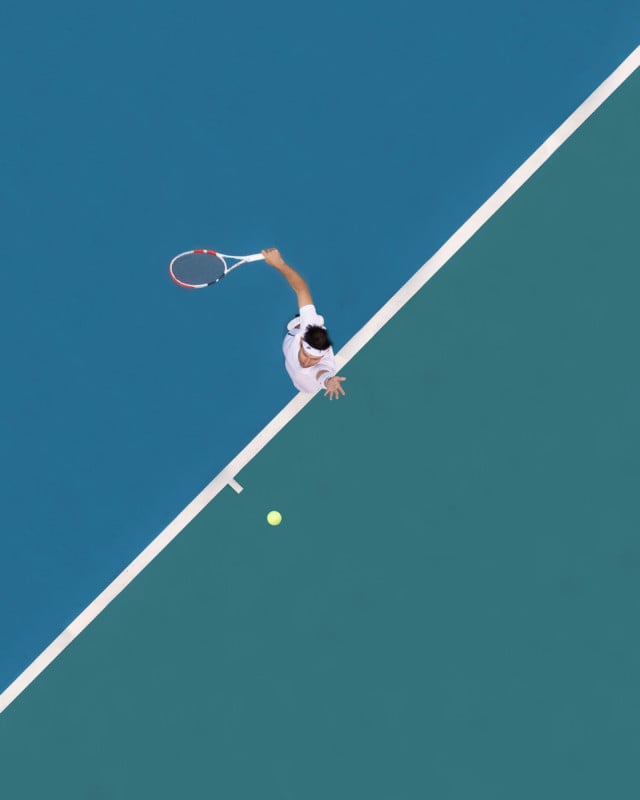 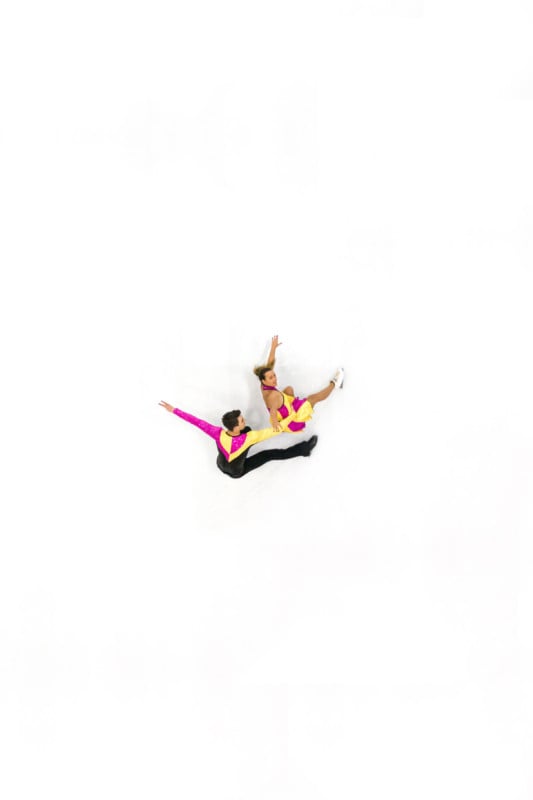 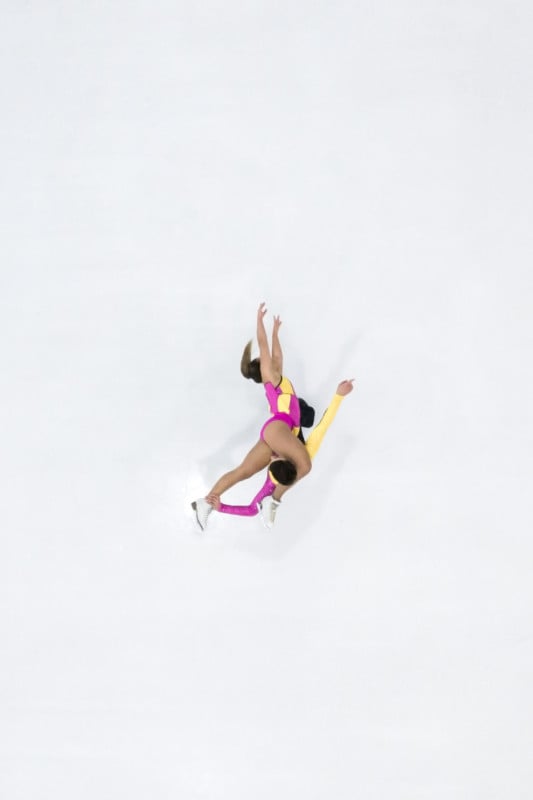 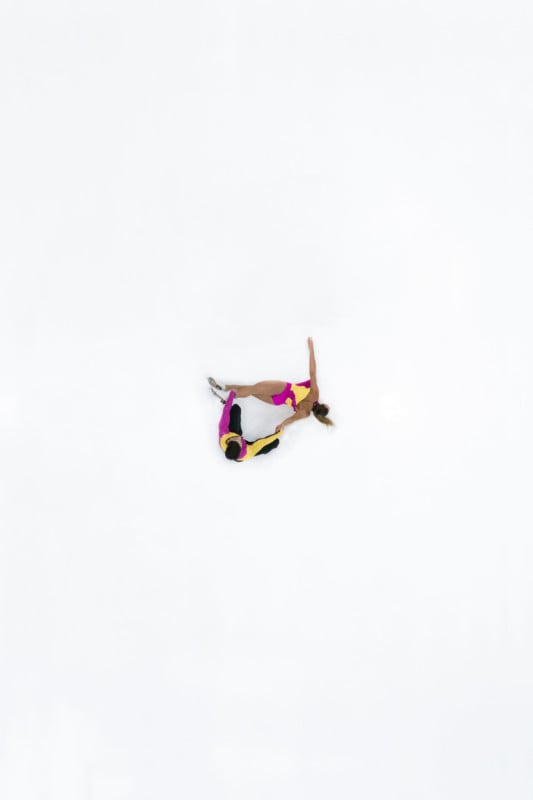 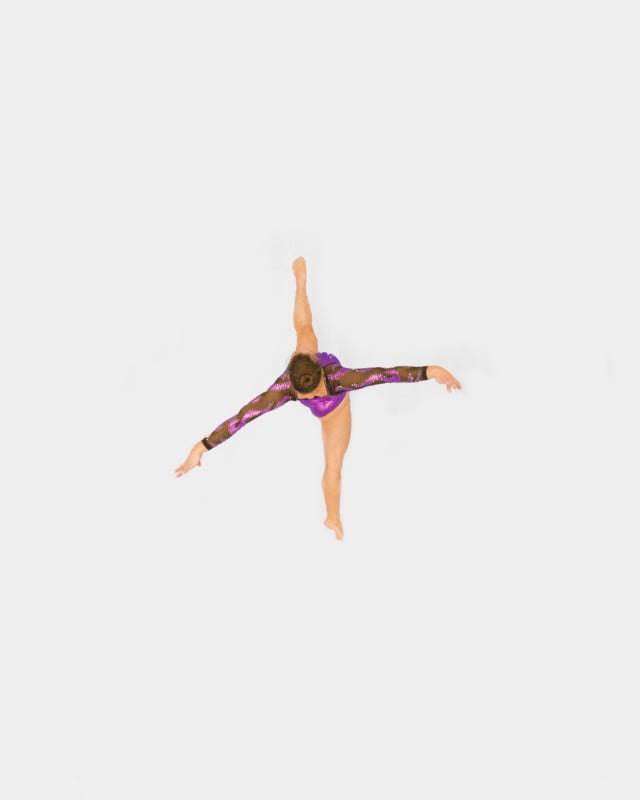 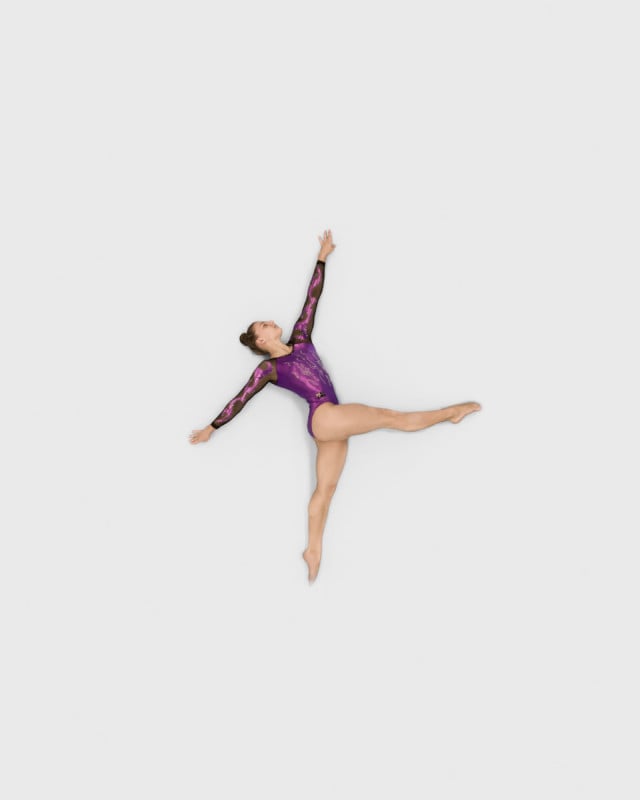 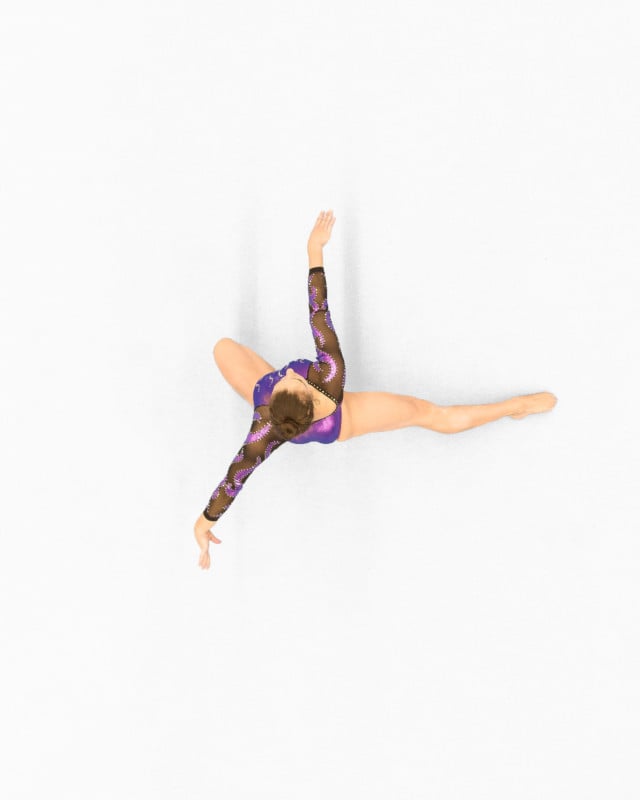 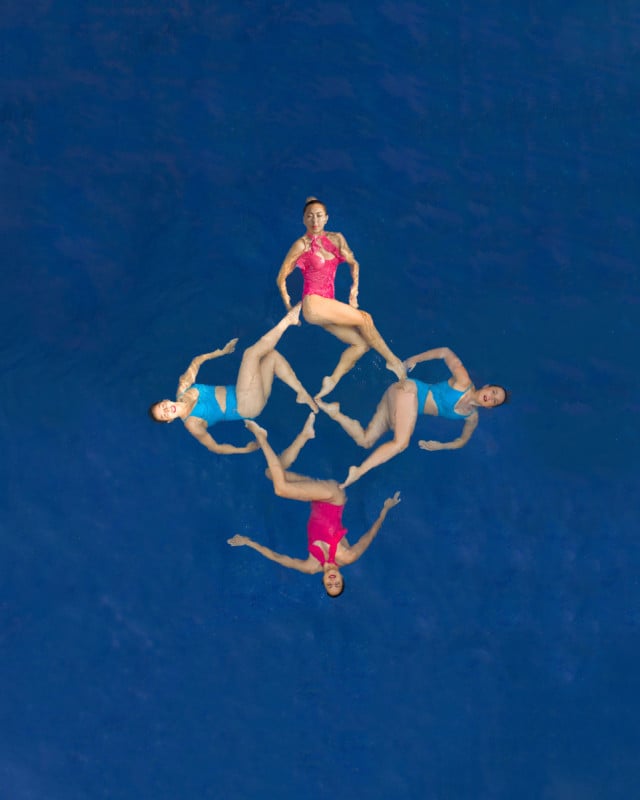 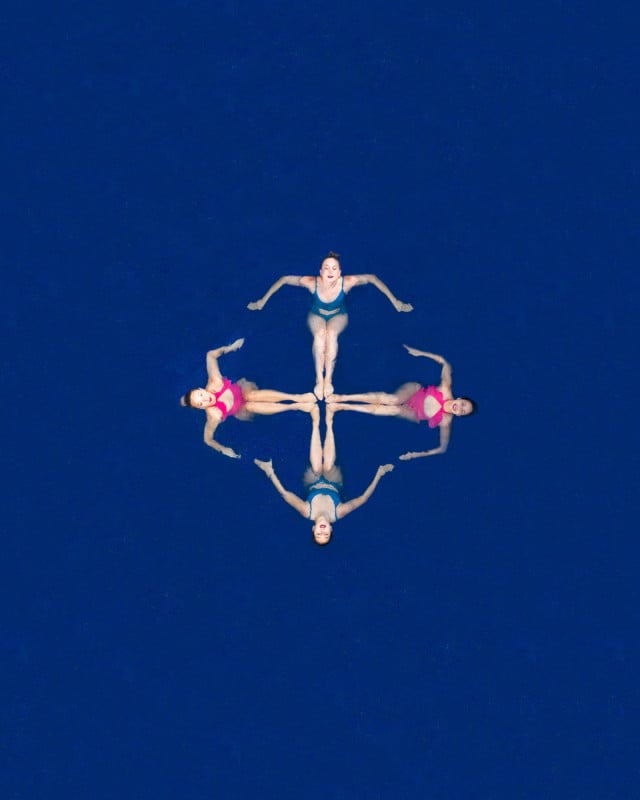 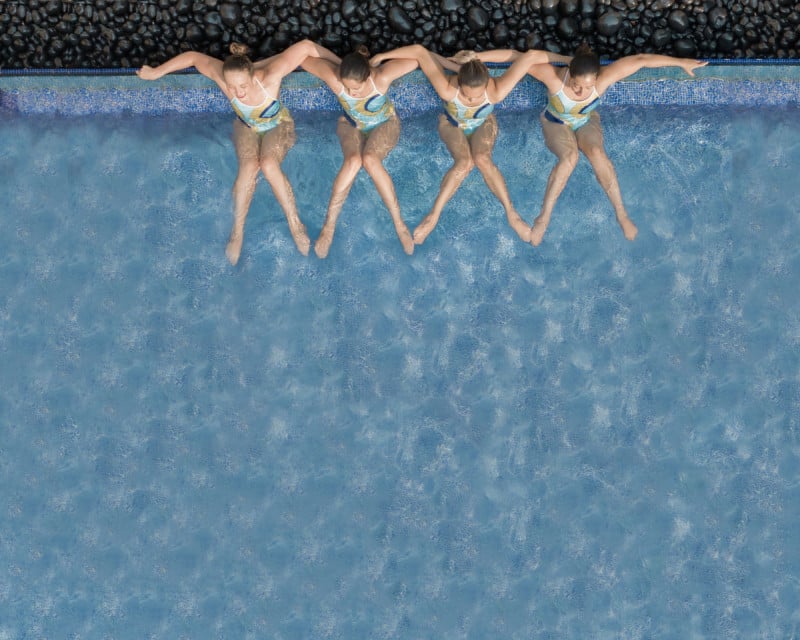 For now, the series is on hold until COVID restrictions are lifted, but Walls hopes to tackle springboard diving next, creating an aerial counterpart to fine art photographer Maria Svarbova’s award winning photo series Swimming Pool.

The diving shoot—already scheduled up before the lockdowns hit—has been indefinitely postponed, but Walls is still hoping to go through with it.

In the meantime, you can find out more about Walls and see more of his aerial photography by visiting his website or giving him a follow on Instagram. Even if you’re not a fan of the top-down look, it’s hard to deny that there’s something captivating about portraits captured from this vantage point.

Image credits: Photos by Brad Walls and used with permission.

Moments Leading Up to Yellowstone Bison Attack Caught on Camera