Earlier this week, Acer unveiled a new crop of computers, including a rugged laptop, some monitors, a creator desktop, and the product we’re most interested in: a more affordable ConceptD 3 Ezel laptop that’s aimed at creators on a budget.

For the past couple of years, “creator” laptops have been all the rage. NVIDIA debuted its popular RTX Studio certification program specifically to call these computers out, just as PC makers began releasing machines that were designed primarily for creative work rather than traditional productivity or gaming applications.

These laptops are fantastic for creative professionals—often pairing high-end CPUs with great GPUs and highly color-accurate displays—but they are also typically expensive. That’s where the new Acer ConceptD 3 Ezel tries to stand out. The computer still offers some great specs, discreet graphics, stylus support, and the traditional “Ezel” form-factor for an improved photo-editing experience when using the included quick-charge stylus… but it does it at almost half the price of the powerhouse ConceptD 7 Ezel.

You also get an SD card slot, a Thunderbolt 3 port, two USB-A ports, an HDMI 2.0 port, and a MiniDisplay Port, and the computer promises up to 18 hours of battery life for the 14-inch model, or up to 15-hours from the 15.6-inch model (although that seems unlikely to pan out IRL).

Here’s a closer look at the small laptop: 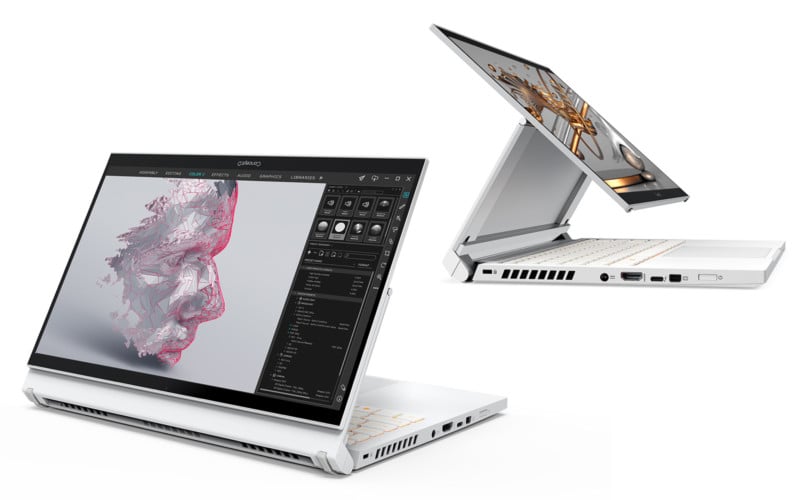 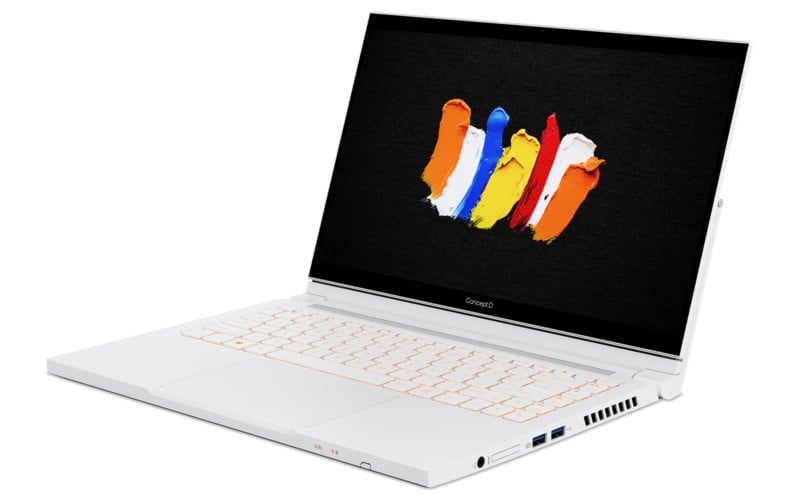 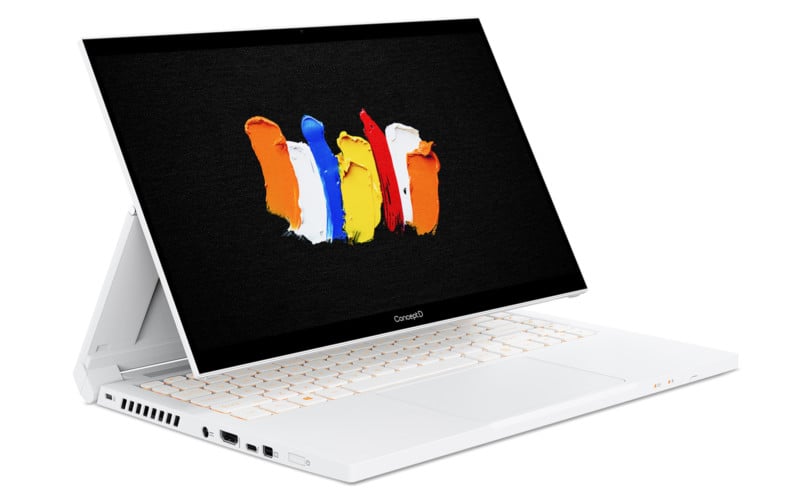 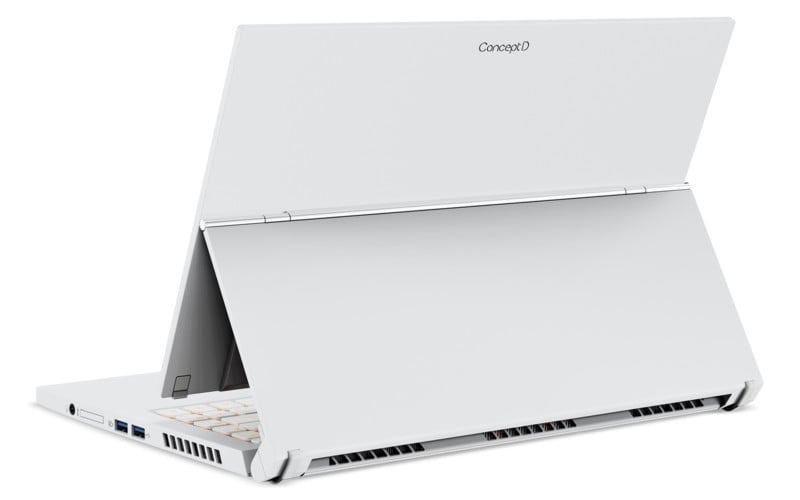 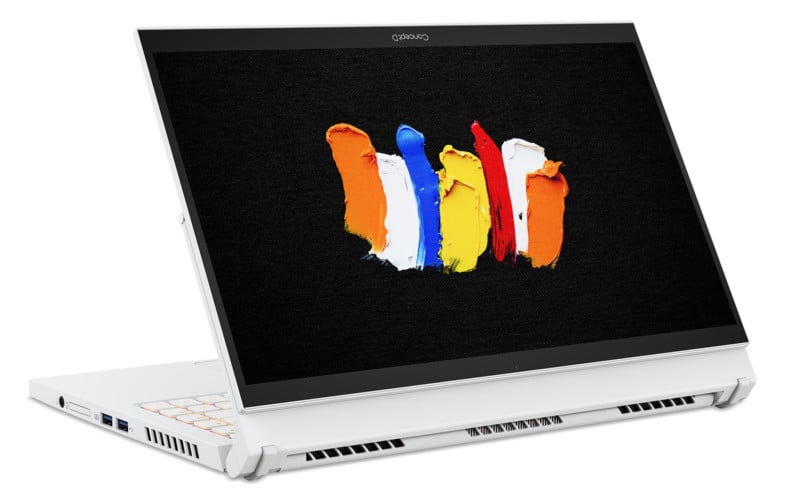 The 16GB cap on RAM is a bit of a bummer for photographers—Adobe Lightroom Classic is a notorious RAM hog a la Google Chrome—but the rest of the specs feel like Acer decided to cut all the right corners. You get a pen display experience for photo editing, plenty of CPU power from the new 10th-gen chips, a good GPU that isn’t overkill, and a display with 100% sRGB coverage and an advertised Delta E of less than 2.

The Acer ConceptD 3 Ezel is scheduled to begin shipping in North America in August, starting at $1,500 for the base model. To learn more about the new computer, head over to the Acer website; based on the specs alone, the 14-inch variant looks like a really compelling and affordable alternative to the 13-inch MacBook Pro we recently reviewed.